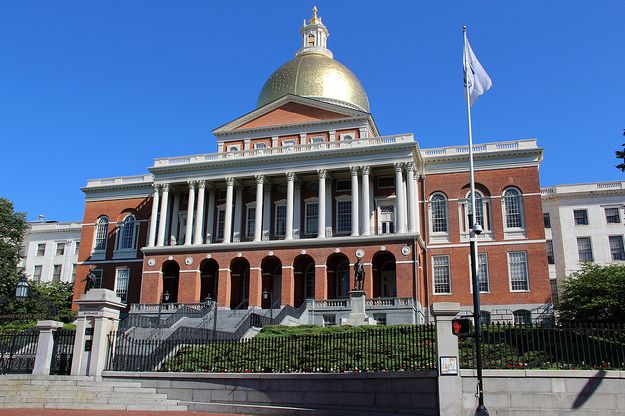 On October 3, for the second year in a row, Massachusetts won first place on the American Council for an Energy-Efficient Economy’s State Energy Efficiency Scorecard, reinforcing its position at the forefront of the clean energy revolution.

Earlier in 2012, one prominent business leader lauded Massachusetts’ energy efficiency policies and incentives in comparison to those of neighboring states: “Operating a business across state lines gives you a special awareness of the ways in which different states’ policies can affect your business,” wrote hotel and commercial property owner Tedd Saunders in The Boston Globe. "Clean energy companies that could set up shop anywhere in the world continue to choose Massachusetts, confident that they will find fertile ground for growth."

The most recent chapter of this success story started in 2008, when Massachusetts enacted a trio of laws that are the key elements of its clean energy enabling environment today:

Collectively, these policies have led to a burgeoning clean energy economy. No fluff there: six percent statewide economic growth in the face of a national recession; 11.2 percent increase in clean energy jobs between 2011 and 2012 (after 6.7 percent annual growth the prior year); and a clean energy workforce of over 71,000 individuals. (Check out MassCEC and its Industry Report for these numbers and more.)

Exciting as the big picture may be, it’s the Green Communities Act that attracted our attention here at New Energy Cities—as an example of state policy and programming that proactively arms communities with tools to reduce greenhouse gas emissions.

By the numbers, the Green Communities program is mighty impressive:

Communities do not come by these grants easily. Cities and towns must meet five criteria for removing barriers and proactively enabling energy efficiency and renewable energy development.

“Nearly half of the Commonwealth’s residents live in a community that has made a conscious decision to become a leader in bucking the energy status quo and adopting renewable energy and smart energy use,” said Department of Energy Resources Commissioner Mark Sylvia said in a press release about one green community. “Becoming a Green Community requires hard work, and these grants are a testament to the eagerness with which these towns have rolled up their sleeves in support of a clean energy future.”

The work of these towns and cities is exciting. The small town of Greenfield, featured in New Energy Cities’ Powering the New Energy Future from the Ground Up report, is funding residents to receive up to $5,000 toward energy efficiency measures in conjunction with the municipality’s federal grants (a US Department of Housing and Urban Development Community Development Block Grant for low- to moderate-income residents and a US Environmental Protection Agency Climate Showcase Communities grant for neighborhood outreach).

The City of Worcester is funding a residential stretch code implementation program, also sparked by the Commonwealth, which provides grants to property owners to upgrade existing buildings to meet stricter performance requirements and to fund an outreach campaign about the program. Chesterfield and Middlefield are creating clean energy funds for residents to implement energy efficiency measures identified in Mass Save audits.

Many communities are using their grants to reduce taxpayer-funded energy bills and lead by example, through audits; energy management system upgrades; energy efficient streetlights (a common measure with dramatic savings that has sparked a national consortium); and small renewable energy systems for town halls, libraries, community centers, and schools. Other communities are adopting transportation measures such as bike sharing, hybrid public safety vehicles, and idle-reduction units in municipal vehicles that reduce both greenhouse gas emissions and air pollution. Details about all of the community projects are available here.

Few states are in a position—politically or financially—to prioritize investment in the clean energy economy, let alone give six-figure grants to their municipalities.  The fact that RGGI is a significant source of funding for Massachusetts’ community-level work is noteworthy.  Indeed it lights the way for other states (ahem, Washington and Oregon?) to see carbon pricing as a dedicated revenue stream.

Overall, the Commonwealth is on track to meet its goals: more than 129 megawatts of solar installed as of August 2012, or more than halfway to its 2017 target of 250 megawatts. Solar installations in the summer of 2012 were projected to be more than five times the solar installed in all of 2008, and there has been a twenty-fold increase in wind energy since 2007.

To be fair, unlike the Pacific Northwest, Massachusetts is in the tenuous position of importing all of its fossil-fuel based energy sources. Estimates show 80 percent of Massachusetts’ annual expenditure on energy, or $18 billion, goes out of state and out of the United States-- a great source of motivation to get this clean energy party started.

But still remarkably, in this national political moment of climate avoidance, Massachusetts is not shy about promoting the carbon implications of its policies. According to a recent press release, the collective energy reduction commitment of the 103 Green Communities is equivalent to eliminating greenhouse gas emissions from over 22,000 cars, the current solar installation equates to 13,870 annual car emissions eliminated, and the current wind installation equates to over 13,000 annual car emissions eliminated.

This is math that adds up.

[1] The Regional Greenhouse Gas Initiative (RGGI) is the United States’ first market-based program to reduce greenhouse gas emissions. It is a joint effort among the states of Connecticut, Delaware, Maine, Maryland, Massachusetts, New Hampshire, New York, Rhode Island, and Vermont, which together have capped and will reduce CO2 emissions from the power sector 10 percent by 2018.