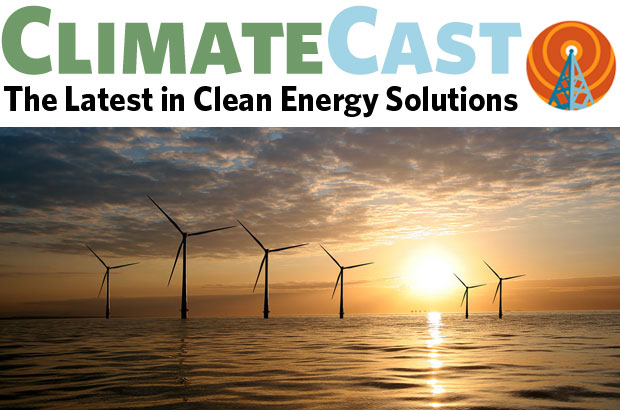 Repeal of Clean Power Plan? (and other setbacks and pushbacks)

EPA administrator Scott Pruitt has begun a process intended to repeal the Clean Power Plan, a set of new standards established under the Obama administration to reduce carbon emissions from power plants. Dismantling the plan would be a major step in the wrong direction for US climate policy. But there are still people in positions of influence who are committed to moving the clean energy transition forward. The day after the announcement, Michael Bloomberg announced he would donate $64 million to the Sierra Club’s campaign to retire US coal plants. Many power companies are also staying the course; some of the biggest utilities said they will continue to invest in renewable energy and factor climate action into their corporate strategy, despite Pruitt’s announcement.

The Clean Power Plan decision is far from the only environmental rule under attack; as many as 52 environmental rules may be reversed under the current administration. Pruitt reportedly spends most of his time with the industries his agency is meant to regulate; a prominent climate denier and fracked gas advocate was recently appointed to head up the White House’s Environmental Quality Council, and President Trump’s nominee to oversee the National Oceanic and Atmospheric Administration has advocated to make weather data less available to the public.

New research from Barclay Bank hints that electric vehicle use may be pushing oil demand over a cliff, and recent news suggests that they may be right. The governors of Utah, Montana, Colorado, Idaho, Nevada, New Mexico and Wyoming have all signed a memorandum of understanding to create a regional EV charging plan. Washington, Oregon and California already have extensive EV charging networks, and soon enough, the entire Western US could be easily navigable by electric vehicle. Meanwhile, the mayor of Paris is looking to outlaw gas-powered cars completely, and the European Union hopes to promote electric vehicle use through offering carbon credits to auto manufacturers. Carmakers from Ford to General Motors are ramping up electric vehicle production in response to increasingly stringent emissions standards across the globe. More and more, we’re seeing electric vehicles become integrated into daily life. Seattle now has all-electric buses operating throughout the city.

Every day, the future of the coal industry is becoming clearer: it has none. KC Golden reflects on the cumulative victories in community campaigns to end the era of dirty coal, and how those wins can build momentum to transition to a clean energy economy. The Scottish government has voted to ban fracked gas after polling showed overwhelming public disapproval. Facing opposition and a rigorous review process, the backers of a major Canadian oil pipeline proposat have abandoned that project. A US federal court has ruled that the Trump administration broke the law when it tried to delay an Obama-era methane leak rule that sets emissions standards for the oil and fossil gas drilling industry. The CEO of one of America’s largest corporations has called upon other corporate leaders to reconfirm their support of the Paris climate agreement. Rather than shying away from climate aand clean energy policy issues, a growing number of companies are using their power to draw attention to the need for climate action.

On Monday, October 9, some 70 cities and states in the US celebrated Indigenous Peoples Day -- including the state of Oregon. Indigenous people are among those most vulnerable to climate impacts. Jennifer Denetdale, chair of the Navajo Nation Human Rights Commission, authored an opinion piece providing insight on why Indigenous Peoples Day is so important. A global funding pact to secure indigenous peoples’ land rights was recently announced as part of a global effort to protect them from companies seeking to develop their land for agriculture, mining and energy projects. UN special rapporteur Victoria Tauli-Corpuz recently urged politicians to to protect indigenous peoples’ land and way of life if the world is to limit climate change.

The full impact of recent climate disasters remains untallied, and new crises continue to arise daily. California wildfires have killed at least 40 people, and displaced thousands. Similarly dry conditions have fueled wildfires in Brazil -- September was the worst month for fires in that country's history. A new map shows which parts of the Columbia Gorge burned in the Eagle Creek fire, and how badly.

In hurricane news, a new tropical storm with hurricane force winds hit Ireland Monday morning. It’s the most powerful storm ever recorded in the Southeastern Atlantic. 2017 has seen 10 hurricanes and five tropical storms so far, making the 2017 Atlantic hurricane season one of the worst on record. There is still more than a month to go before the season officially ends. Houston, the Gulf Coast, and especially Puerto Rico continue to suffer the impacts of climate disasters. A month after Hurricane Irma, the ocean is back on the streets in Miami, thanks to a king tide -- the “sunny-day” flooding that offers an annual preview of sea level rise.

Growing ocean acidification is threatening crabs, oysters and other life in Chesapeake Bay. Some fishing nets used as part of efforts to study Pacific Northwest salmon are coming up empty -- an unprecedented phenomenon. A new forest study shows that global temperature rise could trigger repeated carbon dioxide emission surges from forest soils -- a phenomenon that, under the worst case scenario, could create runaway global warming. Meanwhile, in southern US states, farmers are feeling the impacts of climate change, from crop failures to severe storms.

68 percent of Americans now understand that weather disasters seem to be worsening. Three quarters of the public understand that global temperatures have been rising in recent decades, including a growing number of Republicans. Sounding a different tone, a new study shows that hurricanes with female names can be deadlier than their male counterparts—because of our tendency to underestimate the power of women.