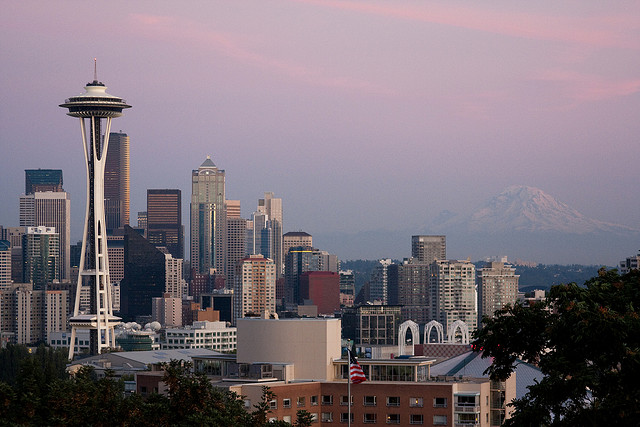 The City of Seattle took a crucial step toward its long-term goal of carbon neutrality when it enacted a new Commercial Energy Code, for both new construction and major changes to existing buildings, on September 16, 2013. In tandem with the City’s energy benchmarking and reporting program, the new code firmly solidifies Seattle’s position as a national leader in charting the course for a carbon-neutral building sector.

Complicated and arcane as it may seem, a building energy code is among the most important tools that a city has for developing a sustainable urban energy system. Buildings that comply with and perform to stringent building energy codes can reduce consumption, increase cost savings for building owners, and reduce greenhouse gas (GHG) emissions. (Check out the US Department of Energy’s Building Energy Codes 101 slide deck for more detailed information on the benefits and issues associated with energy codes around the U.S.)

But the reality is that most codes do not make it easy for designers, architects, and builders to do their jobs, imposing additional complexity on already-challenging projects.  A frustrated building community and weak implementation are the all-too-common results of a typical energy code, rather than a thriving hub of professionals focused on developing high-performing buildings.

Equally significant for cities with ambitious energy efficiency and GHG reduction goals is that actual energy performance is no guarantee. Codes typically only govern how a building is constructed, not how it operates over the course of its lifetime.

On these counts, Seattle’s new energy code breaks the mold, by establishing an optional “target performance pathway” that enables a building’s design team, contractor, and owner to select what they deem as the optimal approaches to achieve energy efficiency, based on project characteristics and expert opinions. As the City Department of Planning and Development describes:

“Rather than complying with all the details of the Seattle Energy Code, designers of several common building types will be permitted to submit energy models demonstrating that their proposed buildings will meet specific energy use targets. Subsequently, the building must operate within that predicted energy use level for a full year after occupancy. This is the first such code in the nation.”

With this approach, Seattle is attempting to show that “stringent” does not have to be painful and challenging for the building community, and that a code can actually guide performance.

Furthermore, this performance-based option opens doors for zero net energy (ZNE) buildings: deeply efficient buildings that use only as much energy as they generate on-site through clean, renewable resources during the course of a year (to paraphrase New Buildings Institute).

By their very definition, ZNE buildings defy conventional building expectations, in that they must perform as well as they are designed. For ZNE buildings to work, owners and managers have to measure and optimize performance, and occupants must commit to living and working within defined energy budgets.

When all is (almost) said and done, a one or two-story building constructed to the new energy code could be so deeply efficient that a distributed renewable energy installation, such as rooftop solar photovoltaic (PV) panels, would bring it across the finish line to be ZNE and therefore carbon-neutral.

That’s where the new energy code ties a bow on the package, with a “solar-ready roofs” provision that requires new low-rise buildings to “designate a clear rooftop ‘solar zone’ for future [potential] solar energy arrays.”

Simply put, the new code requires that builders prepare for a time when “solar panels can be rolled out onto roofs like yoga mats,” says Jonlin. This vision of the future may sound like a Seattle novelty, but it is actually illustrative of two of the more foresighted aspects of the new code.

First, the code solidifies Seattle’s position as a living laboratory of new building technologies. For one, building-integrated solar (the actual term for “yoga mat solar panels”) is expected to reach $7.5 billion in market value by 2015. With performance as its new gospel, achieved project by project through all the innovative technologies that a design and building team pull together, Seattle stays on top of these market trends, and sharpens its competitive edge in attracting and retaining innovative businesses. (The recent partnership between Microsoft, the City, and the Seattle 2030 District on a high-performing building pilot that will analyze massive amounts of data to make downtown buildings more efficient is yet another great example of the type of work that the new code will promote.)

Second, as few other cities can claim, Seattle’s new code has the robust support of the building and design community. In the most practical political terms, this support was born from an extensive stakeholder process that involved 80 volunteer-experts from the building community, and replaced old parts of the code that had historically made life difficult for builders and architects.

But the “coolness factor” also helps: as countless articles about rooftop solar have indicated, and the New Buildings Institute’s recent Getting to Zero national forum with the National Association of State Energy Officials made abundantly clear, these new building approaches are unprecedented sources of excitement for the private and public sector alike.

With the new code, Seattle is using one of the most powerful tools at its disposal to prepare for and accelerate its own carbon-neutral building future.