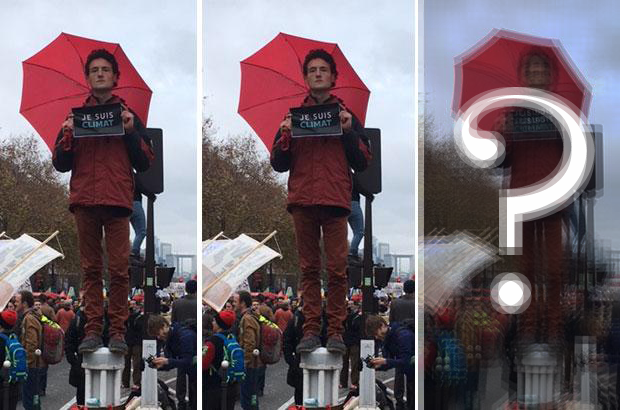 The Paris Climate Agreement represents rational order.  It aligns the planet’s nation-states behind a common understanding of our gravest collective threat.  It provides a weak but coherent structure for needed actions.  Flawed and tentative though it is, it plants a stake in the ground for humanity’s collective will to save itself.  It memorializes what global climate sanity there is.

That’s why Trump can’t stand it.  There’s no place for him in it.  A sane world would never have him.

Withdrawing from the Paris Climate Agreement is a crushing affront to Americans and a brutal blow to U.S. standing in the world.  But let’s be sober about what really changes now.

While the participation of the U.S. is necessary for effective global cooperation, it’s not as though the U.S. was ever really leading the charge for climate action.  The Obama Administration did manage to make some meaningful progress against stiff Congressional opposition in its second term, but let’s not get too nostalgic about U.S. leadership pre-Trump.  Remember that when the Kyoto Accord went into effect in 2005, the U.S. was the one big hold out.  And the U.S. stunk it up in Copenhagen in 2009; having failed to move a national climate policy through the Senate, Obama’s negotiators arrived unprepared and unwilling to sign on for serious international action, let alone to lead.  For Paris to be a limited success, the whole architecture of the global climate agreement had to be changed – and critically weakened – to get around the intractable United States Senate.

And let’s also not do the Trump and assume everything revolves around the U.S.. The prospects for global action don’t collapse without our federal government.  Much of the rest of the world has made it clear they will move forward undeterred – likely even more aggressively.  China and the EU are already forging a new, stronger alliance for action.  Within the U.S., states, cities, companies and communities are mobilizing for bolder action. Trump is stiffening their resolve.

And no matter what Trump says about Paris, reality marches on.

The climate itself will continue to unravel in the near future in much the same terrifying way, since near-term climate consequences are the product of decisions long past.   Costly, painful, unjustly-distributed impacts will continue to escalate.  We will reap what we’ve sown in ways that eventually compel us to sow differently.  The door to continued fossil fuel dependence will keep slamming in our face.

And a new door opens wider.  Clean energy will continue to overtake fossil fuels.  More efficient everything and more sustainable lifestyles will allow us to waste far less.  Decarbonized electricity – made from fresh energy instead of canned – will get cheaper and more widely available.   Cars will run – better, faster, cleaner, quieter – without big oil-exploding engines in them, and better alternatives to cars will proliferate. Fossil empires will continue to rot from within, as the coal industry in the U.S. did, until they crumble.  New pathways to economic opportunity will open for more people as we escape the wealth-concentrating tyranny of fossil energy.   The U.S. will benefit less from those opportunities, having forfeited economic leadership for the time being.

Unspeakable damage to natural and human systems, to people, is already underway.  More of it will likely become unpreventable with this new disruption to global climate cooperation.   The bar will stay open a bit longer and the fossil sots may knock back a few more before they stagger off into commercial oblivion.  Those who haven’t had a sip will have to pick up the worst of the tab.

But even before Trump, and despite the best efforts of President Obama and John Kerry in Paris, this nation’s response was unconscionably weak and slow.  The nominally sane Obama Administration was mustering only half measures, condemning us to climate catastrophe.

Now, the insanity of that position is starker.  It has a face and a name and a leader who brands it.  Maybe that will help us recognize it more clearly, and turn more decisively.