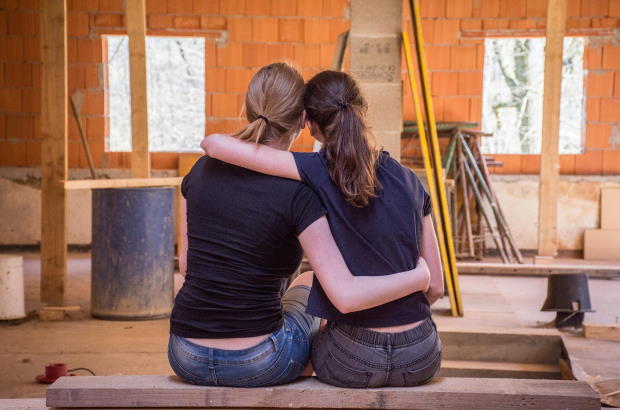 Thanks to robust advocacy efforts from climate, environmental, and community groups, legislators have passed an ambitious Climate Resilience Budget, which includes a broad range of meaningful investments to reduce pollution, transition to clean energy, and prioritize frontline communities across Oregon.

"Oregonians expect their legislators to step up on climate, and this is a major down payment on that promise, said Doug Moore, Executive Director of the Oregon League of Conservation Voters. "The IPCC report released this past week was a stark reminder: the climate crisis’ price tag of devastation is increasing every year and we have to invest more in scaling up climate solutions every year too."

The package invests in the Oregon Solar + Storage Rebate Program established in 2019 for low-income Oregon residents and service providers who install solar energy systems in their homes and businesses. “From Corvallis to North Portland, from Brookings to Athena, Oregon’s Solar + Storage Rebate Program has increased access to clean energy in Oregon," said Angela Crowley-Koch, Executive Director of the Oregon Solar + Storage Industries Association. The additional $5 million for the program in the Climate Resilience Budget will further expand access, especially to low-income ratepayers who have received the majority of program funding so far.”

Replacing diesel- and gasoline-powered vehicles on Oregon’s roads with zero emission electric alternatives is essential to lowering transportation pollution—currently the largest source of climate-harming emissions in the state. The Climate Resilience Budget includes both $15 million to build a network of public electric vehicle charging stations for medium- and heavy-duty trucks and an additional $15 million to replenish the popular Oregon Clean Vehicle Rebate Program to make electric vehicles more affordable.

According to Victoria Paykar, Transportation Policy Manager at Climate Solutions, “Electric trucks not only reduce climate pollution but they also produce zero toxic air pollution, creating immediate benefits for low-income and Black, Indigenous, and people of color (BIPOC) communities that disproportionately live next to highways, ports, railyards and other areas that are highly polluted. From transit and school buses to delivery vans and semi-trucks, electric medium- and heavy-duty vehicles are arriving on our roads, and they need robust public charging infrastructure across the state.”

According to Jeanette Shaw, Senior Director of Policy at Forth, "Rebates are critical to incentivize the transition to electric vehicles. Especially now that we have doubled the Charge Ahead rebate available to help lower-income Oregonians purchase EVs, it's more important than ever that the program receive sufficient funding. We are thankful for the legislature's added investments in Oregon’s EV rebate program."

The Legislature will also establish the Resilient, Efficient Buildings Task Force to develop recommendations for a legislative strategy to comprehensively reduce emissions from new and existing homes and buildings, the second-largest source of climate pollution in the state.

"Companies selling fossil fuels, including methane or so-called "natural" gas companies, are attempting to conceal that their products release toxic pollution into our homes and neighborhoods,” said Jamie Pang, Environmental Health Program Director with the Oregon Environmental Council. “This adds to the health burdens already created by climate-stoked wildfires and extreme heat waves. We must electrify our homes, appliances, and vehicles to reduce these burdens and slow the climate crisis. And we have to act today, and every year going forward to protect people in the future."

Thanks to a broad coalition of energy, health and environmental justice advocates and bipartisan legislative support, the climate resilience budget includes tens of millions in funding for Emergency Heat Relief for Oregonians (SB 1536), including the purchase and installation of air conditioners, air filters and electric heat pumps to keep Oregonians cool during the summer months, including renters, seniors and people with disabilities. The budget also assists local governments in establishing cooling centers, warming centers, and air shelters, while bolstering the Healthy Homes Repair Fund with $5 million additional funding, helping low-income Oregonians repair and rehabilitate their homes to improve health, safety, and energy efficiency.

The package also includes $25 million in comprehensive investments in drought resilience to ensure that Oregon's waterways and the communities and wildlife that depend on them are prepared to respond to the impacts of climate change. This follows on the heels of $100 million in drought relief passed during the Legislature’s December 2021 special session to aid Oregon’s rural communities severely impacted by drought, heat, or fire.

“These investments in a Climate Resilience Budget are an important step toward turning our state’s climate aspirations into meaningful progress on the ground and supporting frontline communities being affected first and worst by the climate crisis,” said Meredith Connolly, Oregon Director of Climate Solutions. “The funding made possible by this Climate Resilience Budget will bolster Oregon’s other statewide climate action policies—including 100% Clean Energy for All, the Clean Fuels Program, and the Climate Protection Program—so that we take responsibility for addressing climate change and ensure this beautiful state remains livable today and for future generations.”

Sprint with us toward climate action
What's ahead for climate action in Salem?
How we build has major climate impacts
Turns out it’s a bad idea to burn fossil fuels inside our buildings too