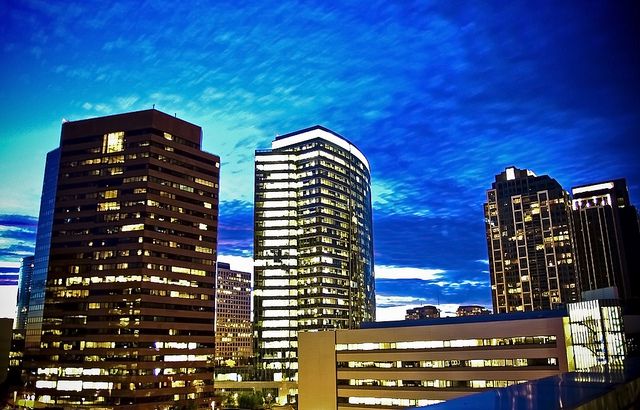 Last spring Bellevue, Washington won kudos from national real estate website Redfin, which ranked its downtown fourth in the U.S. for greenest residential neighborhoods, four spots ahead of Seattle’s Columbia City. The ranking may have surprised some, as other Puget Sound cities tend to get the sustainability limelight, but in fact Bellevue has been building its sustainability and clean energy cred for several years.

Bellevue’s downtown is the second largest center city in Washington, with 35,000 employees and 5,000 residents. As a hub of tech-savvy and environmentally-savvy companies, employees, and residents, Bellevue is in an ideal position to convene new programs to promote energy efficiency, according to a 2013 Massachusetts Institute of Technology study. As a proof point, on June 18, 2015, Microsoft, the University of Washington, and China’s Tsinghua University announced a first-of-its-kind graduate institute in Bellevue focusing on technology innovation in sustainability, health, and clean energy, among other areas.

Now, municipal energy consumption is down at least 5% per year and, as of 2013, municipal emissions from city operations declined 21% compared to 2007.

In parallel, the City has led or participated in a number of voluntary regional initiatives to advance carbon reduction, clean energy, and sustainability. The city was a founding member of the C-7 New Energy Cities Partnership in 2009, through which seven Eastside King County cities collaborated on home energy reports and installment of electric vehicle (EV) charging stations.

Bellevue staff attribute this progress in large part to strategic use of $10,000 mini-grant that the City received as part of the Northwest Solar Communities program, which ultimately leveraged $1 million in community-wide investment. The City not only streamlined solar permitting—winning accolades from Governor Inslee—but also helped promote solar adoption across the community in partnership with Northwest SEED.  In addition, in 2014 the City installed its first municipal 23 kW solar array on the Bellevue Service Center as part of a Washington State Department of Commerce grant.

Meanwhile, Bellevue has worked to reduce its need for energy in the first place:

The Bellevue market may be ready for even more. According to Redfin, as reported in Curbed, “the median sale price of homes with green features was roughly $47,000 higher than homes without green features.” Statistics like these are positive reinforcement of Bellevue’s past work and encouragement for even bolder future leadership.

So, while Bellevue’s approach is still strictly voluntary--no mandates to date, and none on the horizon--the City has a solid foundation to keep building cred on efficiency, clean energy, and sustainability.