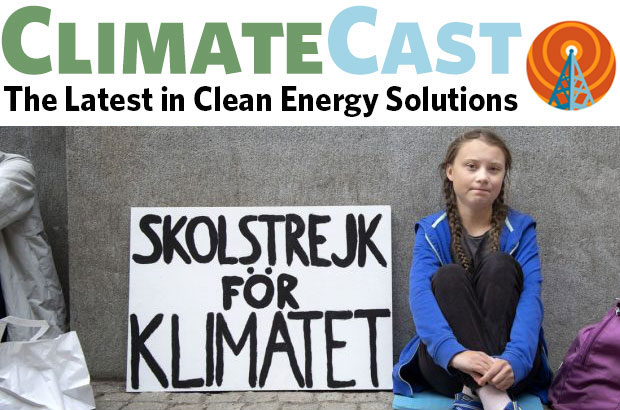 Last week, a federal appeals court in Portland heard arguments about whether the youth climate lawsuit Juliana vs. United States should be allowed to proceed. In the suit, filed in 2015 in the US District Court in Oregon, 21 children and young adults are challenging the federal government’s inaction on climate change. The plaintiffs, whose backers include numerous  healthcare experts and former Surgeon Generals, argue that their generation is already experiencing the health impacts of a warming world--including increased allergies and asthma related to climate disasters including hurricanes, wildfires, flooding and the like. The lawsuit asks the court to declare unconstitutional federal energy policy that contributes to climate change. In last week’s hearing, the panel of judges agreed that the plaintiffs persuasively argued that we have “a real problem,” and that there is “compelling evidence that we have inaction by the other two branches of government.” But the court also expressed uncertainty whether it is the court’s role to act on that evidence. While Oregon’s youth climate case has received wide coverage over the last several years, similar cases are being heard across the globe. The UN has counted hundreds of climate cases worldwide in 2017, including more than 650 in the US alone.

Because warmer air holds more moisture, warming trends correlate with greater risks from extreme wet weather. Historic rainfall has sent midwest farmers scrambling to replant crops that have been destroyed by flood waters. Severe weather has hammered the American Midwest for weeks, endangering millions of people. For commercial farmers, planting so late in the season planting is virtually unheard of, but many have little choice in trying to salvage the season. Lower-than-normal yields will also drive up the price of crops like corn. Farmers are desperately trying to communicate the severity of the crisis by sharing photos of their devastated farms alongside the dismal hashtag #NoPlant19.

The first major US utility to pledge to go completely carbon-free is fast-tracking the retirement of its two remaining coal-burning power plants by 2030. Xcel Energy serves millions of customers across eight states, and says its decision is the result of customer demands and the ever-decreasing price of clean energy. Santa Monica, California offers another example of the power of public demand to drive the adoption of low-carbon energy. Its City Council has adopted a plan to make Santa Monica carbon neutral by 2050. In addition to reducing emissions from the city’s transportation infrastructure, the Santa Monica Climate Action & Adaptation Plan calls for 100 percent renewable electricity and the installation of 100 megawatts of local solar energy. Australia is poised to achieve a national 50 percent reliance on renewals by 2030, without government intervention. As renewable costs continue to drop over the next three years, gas and coal-fired power will become even less competitive.

Agriculture and solar working together

One of the largest working cattle ranches in the United States has announced a clean energy venture that will be one of the largest combined ranching-and-solar operations ever. The California project will generate enough solar energy to power the equivalent of 116,000 average California households each year, displacing more than 109,000 metric tons of carbon dioxide every year. In Nebraska, a federal grant will fund a $200,000 solar array that also doubles as a shade structure for beef cattle. More than a dozen states also now have policy checklists to help solar sites become certified as "pollinator-friendly.” The trend is rapidly catching on in states with large rural populations that have to consider land-use constraints due to limited farming land. Ranchers and landowners are increasingly finding that agriculture and solar can be complementary land uses--working together to expand clean energy without taking agricultural land offline for farming.

The costs of climate inaction

Former New York mayor Michael Bloomberg has pledged $500 million to help put an end U.S. coal generation,helping to retire the 241 coal plants still operating in the U.S. by 2030. That sounds like a colossal amount of money (and it it), but it’s a drop in the bucket compared to the $60 billion which a new study estimates to be to social cost of congressional inaction on climate policy and regulations over the last decade.. The study notes that large-scale fossil fuel industry lobbying to slow climate progress is common not only in the U.S., but around the world.

A new initiative from the U.S. Department of Energy seeks to promote fracked gas exports as “Freedom Gas” to be spread throughout the world. The initiative,s press release suggests we also refer to as “molecules of freedom.” Iowa’s Supreme Court has ruled that Dakota Access oil pipeline owners may properly use eminent domain to seize private land for pipeline construction.

Oregon’s Clean Energy Jobs bill is garnering national media attention, Not only would the bill make Oregon the second state in the U.S. to enact an economy-wide cap and price on climate pollution, but it is being touted as a clear policy roadmap for other U.S. states looking to enact similar policies. Vox’s David Roberts does a deep-dive analysis of the bill, and explains why Clean Energy Jobs isn’t only a big deal for Oregon, but for U.S. climate policy as a whole.