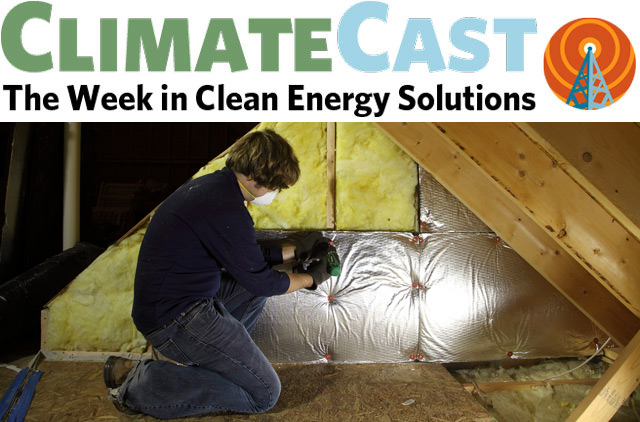 The Bank and Church of England both waded into the climate fray last week, with mixed reviews from climate campaigners. The bank launched an inquiry into whether the “unburnable carbon” that fossil fuel firms carry on their books represents a bubble that puts the broader U.K. economy at risk, because much of those reserves will have to be left in the ground to avoid catastrophic climate change. The church put forward its first-ever shareholder resolutions, which call on Shell and BP to cut their carbon emissions and invest more in renewables, disappointing activists who’d called on the church to divest its fossil-fuel holdings.

Last week’s opening of the Lima climate talks brought simmering divisions to the surface, such as those between the European Union’s call for binding targets and the U.S. preference for voluntary goals, and between rich countries responsible for historic emissions and poorer nations bearing the harshest consequences. Canada and Australia—under the sway of their right-wing leaders—were reluctant to promise any cuts in emissions. But climate hawks at the conference put forward a new frame that transcended haggling over percentages and degrees: eliminating the use of fossil fuels by some time in the second half of this century.

Clean-energy jobs surge past other sectors of the economy

The clean-energy industry now employs more people than several other key sectors of the economy, according to two studies released last week. In California, a tally by the Advanced Energy Economy Institute found more than 430,000 people at work in the “advanced energy” field, including 300,000 in energy efficiency (more than in the state’s film, radio, and TV industry) and 73,000 in solar (more than in semiconductors). Meanwhile, a report by Clean Energy Canada said that Canada’s clean energy sector provides more jobs than Alberta’s infamous tar sands, which might be one reason that the head of that province’s union federation called for a tax on carbon.

Utility-scale solar projects in the U.S. have doubled their output since last year, according to federal data, and are on track to supply 1 percent of the nation’s electricity by year’s end thanks to large projects just coming on line. That scale of renewable energy may get a boost in Hawaii, where the main electric utility was bought last week by NextEra, the largest U.S. wind and solar operator. But proponents of rooftop solar worried that NextEra would continue the utility’s hostility toward decentralized power, which now serves 14 percent of Australian homes and could be promoted by innovations such as these peel-and-stick solar cells.

Although the Ivanpah concentrating solar power tower in California’s Mojave Desert generated less power than predicted during the past year, that hasn’t reduced the controversy over its impact on avian habitat, most dramatically when birds flying through the focused beams of sunlight burn up in mid-air. Author Rebecca Solnit writes elegiacally about those losses of bird life, but reminds readers of the greater hazard from global warming. That doesn’t mean every solar development gets a free pass, however. The Natural Resources Defense Council applauded the federal rejection of a solar power station on pristine desert outside the Bureau of Land Management’s energy development zones.

The fossil-fuel empire strikes back

Industry lobbyists and right-wing elected officials gathered in Washington last week under the banner of the American Legislative Exchange Council (ALEC), where the environmental agenda focused on strategies for rolling back President Obama’s curbs on carbon pollution. A climate-minded reporter was—unsurprisingly—denied access to the meeting. But the veil of secrecy was torn away from another industry effort, in which fossil fuel lobbyists ghost-wrote letters from Republican state attorneys-general, pushing back against federal regulation. These dispatches strengthen the case that global warming has become an ineluctably polarized issue, with climate action located on the left wing of American politics.

The uncertain promise and high cost of carbon capture

The opening of a carbon capture and storage facility at a coal-fired power plant in Saskatchewan has revived discussion of the technology, which promises the fossil fuel industry a chance to have its cake and eat it, too: extracting and selling its reserves, while cutting CO2 emissions. Environmental groups take a variety of positions on the issue, with Greenpeace outright opposed and other NGOs reluctant to remove any option from the table. But the cost—more than $17 trillion to retrofit the world’s coal plants—may be the ultimate test, and will pose an ever-steeper barrier as the price of renewable power continues to drop.