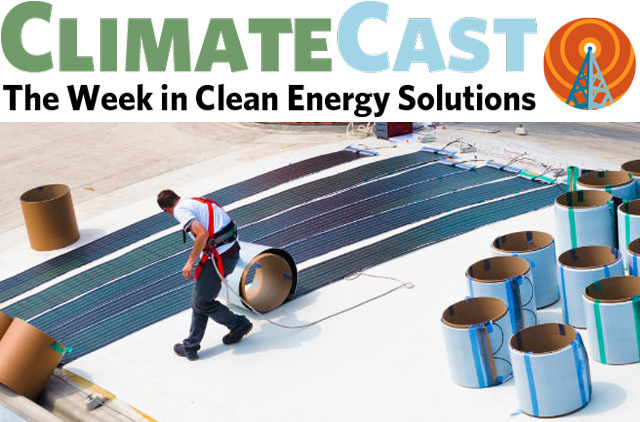 Nearly a week after the U.S. and China jointly pledged to reduce carbon pollution, analysts were still kicking the tires on the game-changing agreement. The countries’ targets are largely based on implementing policies already in place, but the Sino-U.S. vow had symbolic value by demonstrating cooperation between the two largest greenhouse polluters, and domestically, as a bet that climate hawkishness may help the Democrats in 2016. Climate Action Tracker reckoned the agreement would still allow the planet to warm by about 3 degrees Celsius. But China’s goal of peaking its carbon emissions by 2030 is bad news for anyone hoping to break ground on a new coal export terminal.

Promises pouring in at climate pledge-a-thon

The Green Climate Fund more than doubled last week with a $3 billion commitment from the U.S. and $1.5 billion from Japan, reaching three-quarters of the $10 billion target to help nations industrialize without adopting the developed world’s bad fossil fuel habits. The United Kingdom was expected to add another $1 billion later this week, along with an as-yet unspecified amount from Canada. Although much of the American contribution was already in the U.S. budget as bilateral aid, diverting it to a U.N.-administered fund gives donor countries more say over how it is spent and buys the U.S. greater appreciation for its contribution.

We financed that: federal clean energy loans in the black

The federal loan program that ate a half-billion-dollar loss on the Solyndra photovoltaics factory has offset that red ink and turned a profit, thanks to interest payments from successful projects, according to figures released last week by the Department of Energy. The report covers the entire loan portfolio, however, about half of which is dedicated to nuclear power and established automakers Nissan and Ford. In a bright spot for an unambiguously forward-looking program, federal housing regulators have quietly begun to approve loans on real estate improved with Property Assessed Clean Energy financing, in which loan payments for emission-reducing projects are collected on property tax bills.

Net metering survives, but fight over green standards gets nasty

Renewable energy advocates claimed success last week in fending off attacks on state-level net metering policies during the past year, with no roll-back of rules that pay for rooftop solar power at the retail price of electricity. But in Ohio, journalists uncovered a state-funded report touting the economic benefits of green energy that had been buried during the debate over Ohio’s renewable energy and conservation standards. And in Louisiana, where net metering is a key issue in a utility board run-off election, a campaign aide to the pro-net-metering candidate found his house and two cars fire-bombed last week.

Denmark’s goal of becoming fossil-free by 2050 tests the bounds of energy transition, inspiring new solutions such as real-time electricity pricing in a country that is already supplying 40 percent of its electricity from renewables. California’s solar industry is going gangbusters and sunsetting its state incentives two years early, having already overshot the 2016 goal of 2000 MW by 40 percent and employing more workers than all investor-owned utilities combined. Solar progress may accelerate thanks to a British company, which has developed a lightweight photovoltaic fabric that can be mounted on surfaces, such as stadium roofs, that cannot hold heavy loads.

Peru awarded a contract last week to install half a million solar panels in remote areas of the country, bringing power to nearly all of the 30 percent of Peruvians who still lack access to electricity. The South American nation will also hold an auction next month to double the renewable power connected to its grid. A similar auction last month in India drew bids for solar power under 9 cents per kilowatt-hour, undercutting the price of electricity from imported coal. Indian businesses are also turning to rooftop solar as a way of avoiding the rolling black-outs that plague the nation’s electric grid.

The International Energy Agency released its 2014 World Energy Outlook, finding that $550 billion a year in fossil fuel subsidies is slowing investment in renewable energy. The governments of the G20 nations are spending $88 billion annually on fossil fuel exploration, double what the IEA says is required to provide energy to power the world and more than double what private oil and gas companies spend on fossil fuel exploration. The good news: the falling price of oil is barely impacting renewable energy providers, thanks to changing dynamics in the market which insulate them from these fluctuations.

On the same day as the release of the carbon pricing report by Washington Gov. Jay Inslee's task force, Sightline offers a compendium of the world’s carbon pricing schemes, complete with an animation of where they have been adopted over the years and how much emissions they cover. But to hear former Sierra Club director Carl Pope tell it, these fees pale next to the dropping price and growing reliability of renewables, while fossil fuels are increasingly expensive, dirty, and difficult to obtain. Cheapest of all is energy efficiency, which gets short shrift in the proposed EPA rules on power plant emissions.

Marijuana growers in Boulder, Colorado, will soon pay an extra charge of 2.16 cents per kilowatt-hour aimed at discouraging their intensive use of electricity. The fee will fund city workers to advise them on how to conserve by switching to less power-thirsty LEDs, for instance—information the state’s land-grant colleges are forbidden to provide to cannabis growers because the plant is still illegal under federal law. With the legalization of recreational marijuana in Washington and now in Oregon, planners in the Pacific Northwest foresee a ramp-up in power use unless growers switch to natural or more efficient lighting.

On the Climate Solutions blog: KC Golden offers his qualified enthusiasm for the U.S.-China announcement of climate targets, and this Thursday is Climate Solution’s Sixth Annual Dinner at the Portland Hilton, where Hannah Jones, Nike's Chief Sustainability Officer, will deliver the keynote address to a packed room of clean energy leaders, environmental advocates, and elected officials.