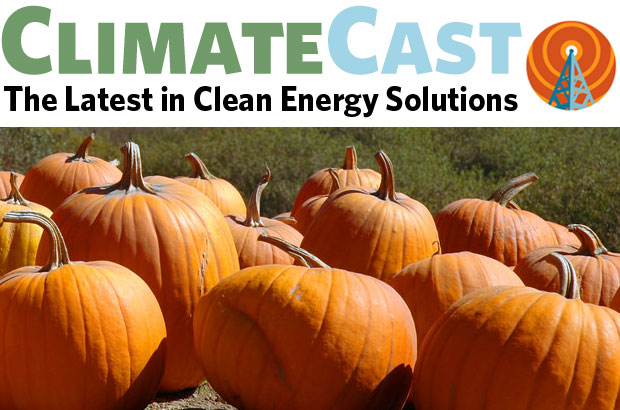 BLUE MOONBEAM STUDIOS
Progress on the winds (and the solar) of change
Devon Downeysmith
October 30, 2017

This week in clean energy firsts: Vestas, the world’s largest wind turbine company, is helping create the world’s first hybrid solar, wind, and energy storage project. The Australia-based project will showcase how solar and wind can work together to meet grid requirements. In Scotland, another historic wind energy project is now underway: a deep-water offshore wind farm. It was once thought that installing giant turbines in deep water was impractical. This project proves the opposite, and will produce enough electricity to power 20,000 homes. And just when you thought wind energy couldn’t get any cooler, Texas drops the mic: new research reveals that in-state wind capacity could exceed that of coal as early as next year.

Solar continues to shine, particularly when it comes to quickly restoring power in disaster zones that need it most. Tesla just restored power to a children’s hospital in Puerto Rico, installing solar panels and battery storage to power the hospital around the clock. A US energy firm will construct three solar power plants in Gaza, offering relief from daily blackouts that occur due to severe power shortages. It’s not hard to see why solar is projected to be one of the hottest jobs of the future—the biggest US job growth over the next decade will come from solar panel installers.

While Northern California wildfires continue to make headlines, Spain and Portugal are also experiencing historic wildfires. Fires on the Iberian Peninsula now number more than 500, fanned by unusual heat and winds from Hurricane Ophelia. The heat isn’t expected to go away anytime soon; a new report from NRDC says it’s only going to get worse. NOAA predicts the third consecutive year of warm winters, and autumn is already so unseasonably warm that a new term has been coined to describe it: hotumn.

Climate impacts: coast to coast on land and sea

A naval base in Virginia is now  flooding regularly...even on sunny days, even when the tide is out. It’s one example of the national security threat posed by climate change. Scientists have observed that the length of ocean food chains is shortening, as climate change helps determine which marine species survive environmental changes and which ones don’t. On land, Northern California wildfires have resulted in more than $1 billion in insured losses, and nearly 6,000 structures lost. The mayor of Rockport, Texas, a community devastated by Hurricane Harvey, says that 30-35 percent of the town will never be rebuilt.

Happy Halloween...here are your scary stories

Who needs horror flicks when reality is terrifying enough! Pacific Northwest coho salmon are dying from car pollution. That same pollution is killing people, too: a new study shows that environmental pollution kills nine million people each year. Another study reports that once-in-500-year floods in New York City will likely occur once every five years by 2100. While scientists can make predictions about sea level rise, history tells us it’s hard to know exactly how it will unfold. Fossilized corals show that in the past, sea level rise didn’t occur steadily, but in sudden bursts, as glaciers melted and collapsed. There is good reason to conclude that the US may be dangerously unprepared to handle the costs associated with climate change.

Senate Republicans are making a new effort to allow oil exploration in the Arctic National Wildfire Refuge. The State Department has approved a permit for a pipeline to ship crude tar sand oil from Canada into the US, in amounts exceeding that of the proposed and blocked Keystone XL pipeline. Nicaragua has signed onto the Paris Climate Accord, leaving the US and Syria as the two remaining holdouts. While leaders across the globe prepare for the UN climate talks in Bonn, Germany, here at home the EPA is cancelling climate change-related speaking engagements of agency scientists.

In brief: cities step up to electrify transportation

Twelve major cities have ramped up efforts to electrify public transportation by committing to buy only zero-emissions buses by 2025. King County is featured on the list, and rightly so: the county purchased 120 all electric buses this year alone, and plans to transition to entirely electric buses by 2034. Onward!