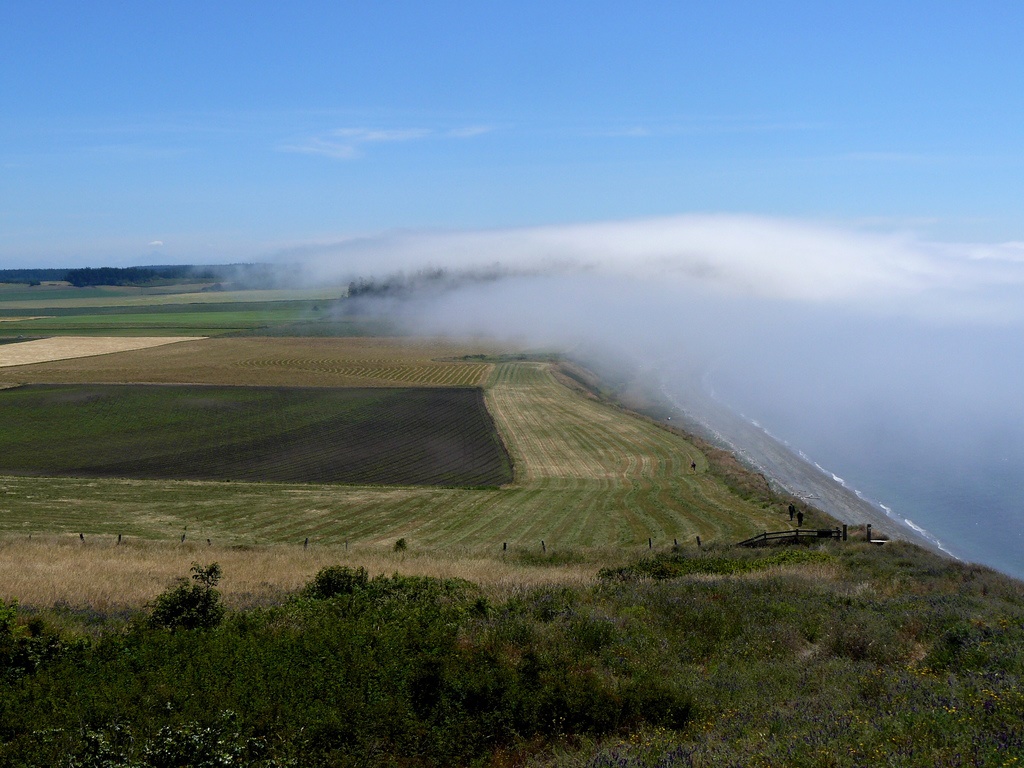 In a world of ever increasing stress on our food and energy supplies, it makes little sense to pave farmland under sprawl, but that’s what we’ve been doing.

A new report from American Farmland Trust (AFT) documents more than 800,000 acres of Puget Sound farmland lost in the 12 counties around the Sound since 1950. The remaining 600,000 acres are “far from secure.” AFT notes in Losing Ground: Farmland Protection in the Puget Sound Region.

Beyond maintaining local food production and reducing energy-gobbling sprawl, farmland preservation is about public interests including “habitat, water quality, aquifer recharge, and flood protection benefits . . , “AFT notes.  Though the report does not call it out, preserving farmland is also about avoiding significant carbon releases through land use change and soil disruption.

What makes the document valuable for people beyond the Sound is that it represents a short primer in the steps the public can take to save farmland. The report lines out those steps and grades Puget Sound counties on how well they are doing. Counties have the prime role in Washington farmland protection. Their performance ranges from exemplary to mediocre. Kitsap ranks lowest, and Skagit highest.

More than half of regional farmland was lost in four counties, Pierce, King, Snohomish and Whatcom. Each saw more than 100,000 acres developed, despite above-average protection programs. Overall, AFT concludes, programs are not keeping up with development pressures.

The “four pillars of farmland protection (are) land use regulation, purchase and transfer of development rights, property tax relief, and economic development,” says the report.

Land use regulation – It is best to place farmland in large contiguous zones with large lot sizes and few other allowable uses. Farmland zoning should cover at least 75 percent of Puget Sound crop lands, but only 51 percent are protected. Only Whatcom, Skagit and Snohomish reach the 75 percent target, while many counties allow uses and small lot sizes that push toward development. This ineffective protection is the “foremost problem” in regional farmlands loss, AFT says.

Development rights – Securing farmland by buying development rights is the best option for certainty and permanence. State law allows funding tools not fully used by Puget Sound counties.  Only seven counties have purchase programs, and only around 30,000 acres of regional farmlands are under this protection.  A related effort transfers development rights from farm to urban areas, but these have proven difficult to administer, according to the report.

Property tax relief – State law allows farmland taxation at use value rather than speculative value, reducing pressure for conversion. Participation tends to be driven by how actively counties engage farmers. In most counties only 50-60 of farmlands are enrolled, but Whatcom has reached 100 percent.