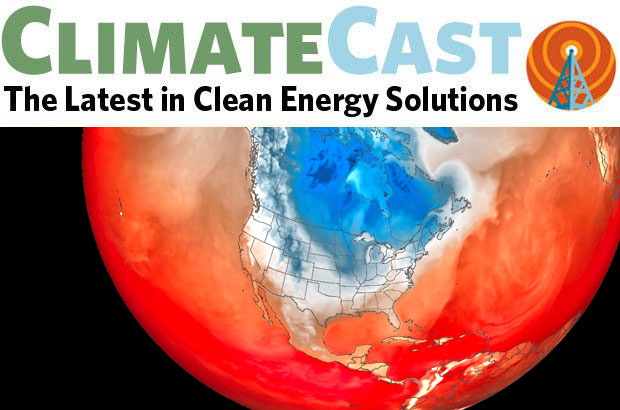 With little federal action, state governors commit to get the climate job done

Oregon’s legislative session is underway, and lawmakers have an aggressive list of priorities. Among them: pass an economy-wide climate program to limit and price pollution from the state’s largest emitters and reinvest proceeds into helping the state transition to a clean energy economy. The first draft of the bill, House Bill 2020, was released last week. The Metropolitan Mayors Consortium, representing 25 cities in the Portland region, has come out in support of the legislation. The Oregon Climate Change Research Institute published its annual report on climate change, highlighting powerful ways climate disruption is playing out across the state, and the Union of Concerned Scientists outlined the climate urgency in Oregon and how the legislation would work.

In Washington State, lawmakers are examining a bill that would establish a Clean Fuels Standard to reduce pollution from the transportation sector, much like what Oregon, California, and British Columbia already have on the books. State legislators are also debating Senate Bill 5116, a bill to transition Washington to carbon-neutral electricity by 2030 and carbon-free electricity by 2045. A companion bill, House Bill 1211, was discussed at a hearing last week where hundreds showed up to voice their support for the concept.

Renewables grow in popularity but emissions are still on the rise

A report published by the U.S. Department of Energy reveals that clean energy is projected to be the fastest-growing source of U.S. electricity generation for at least the next two years, thanks to rapidly falling prices. Utility-scale solar power is expected to increase by 10% in 2019 and 17% in 2020. Florida Light & Power announced its new “30 by 30” plan to install 30 million solar panels by 2030. The project would be the largest installation of solar panels by a regulated utility in the world. The City of Boston also declared its intent to be 100 percent carbon free by 2050. These clean energy commitments can’t come soon enough: Global carbon emissions are expected to reach yet another record high in 2019, driven by fossil fuel use and deforestation.

Last week the Washington Post released “Gone in a Generation”, a multi-media report detailing personal stories from across the country of how climate change is disrupting American’s lives. Climate-related changes to rainfall in the next century put half of the world’s groundwater supply at risk; groundwater systems are the largest source of usable freshwater in the world.  Greenland’s ice is melting four times faster than previously thought, and as most ice melt is from the land rather than the glaciers, this melting will cause even more sea level rise than originally anticipated. In other glacier-related news, scientists have discovered an enormous underwater cavity on Antarctica’s Thwaites Glacier, which they worry will speed up the glacier’s decay. If the glacier fully melts, it will raise the sea level by two feet. On Baffin Island, in the Canadian territory of Nunavut north of Hudson Bay, melting glaciers have exposed plant life that had been hidden under ice for at least 40,000 years. Researchers’ findings point to summer temperatures over the past century being the warmest in 115,000 years.

The polar vortex made headlines over the past two weeks, as the East and Midwest were gripped by historic low temperatures. The polar vortex has claimed at least 21 lives, with many more injuries. In response to President Trump citing the vortex as evidence against global warming’s existence, several news outlets released explanations on just how the polar vortex is fueled by climate change. Scientists predict climate change will cause colder temperatures to arrive later in winter, but to be more intense. Research suggests that the polar vortex is appearing increasingly outside the Arctic because changes in the jet stream due to the warming atmosphere allow frigid air to travel southward. As the areas affected by the polar vortex warm up, some U.S. cities worry about flooding due to a rapid thaw.

Meanwhile, Australia is experiencing its own temperature extremes, as a record heat wave grips much of the country. The heat, coming after months of drought in the continent’s northern areas, has created very high fire risk. January 2019 is now officially Australia’s hottest month on record. The heat wave has triggered power outages on Australia’s power grid, as air-conditioning use soared and generators struggled to meet the increased demand. And with a tighter power supply, electricity prices have also soared.

Temperature data suggests these extreme highs and lows are part of a new normal. 2018 continued the trend of the most recent years being the hottest: 2018 was the fourth hottest year on record, after 2017, 2015, and 2016.

A bipartisan climate bill was introduced in Congress for the first time in over a decade. The Energy Innovation and Carbon Dividend Act would institute a national carbon tax, give revenue from the tax to American households, and bring greenhouse gas emissions down 90 percent by 2050. But a recent poll shows that the majority of Americans would prefer funds from a carbon tax be used for environmental restoration, research and development for clean energy, and public transportation -- not as a rebate that would be redistributed to households.

Climate action was a major theme at this year’s World Economic Forum in Davos, where topics included global warming, ocean sustainability, biodiversity, and some speakers including 16 year old Greta Thunberg made pointed critiques. But despite the growing appetite for climate action, the Trump administration continues to work on rolling back environmental and safety regulations for the energy sector that are poised to save companies money, but will result in increased emissions and more premature deaths and illnesses from air pollution. President Trump also announced former coal lobbyist David Bernhardt as his choice to head the Department of Interior. As deputy chief of Interior, Bernhardt has led on developing the administration’s plan to open millions of acres of public land and water to oil, gas and coal companies.

In Brief: PG&E bankruptcy shows that even the world’s biggest corporations are vulnerable to climate change.

PG&E, the California utility facing hundreds of lawsuits for its role in deadly California wildfires, filed for bankruptcy last week. The Wall Street Journal called the bankruptcy “a business milestone” and “the first major corporate casualty of climate change.” Some in the financial world are asking which companies could be next, as PG&E’s story reaffirms that climate change is no longer a distant threat, but a present danger with the ability to destroy major companies overnight. VICE dove into the issue with this piece on how climate change could cause the next financial crisis.