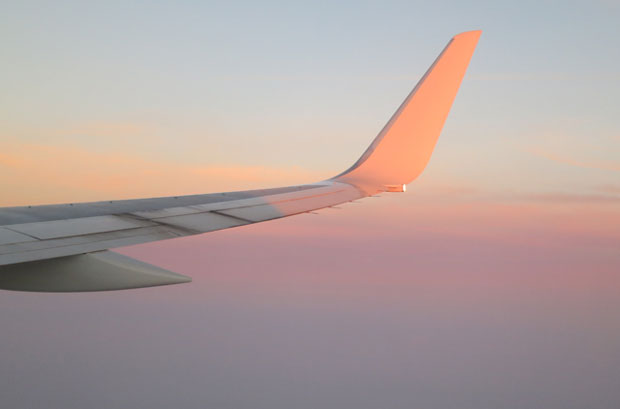 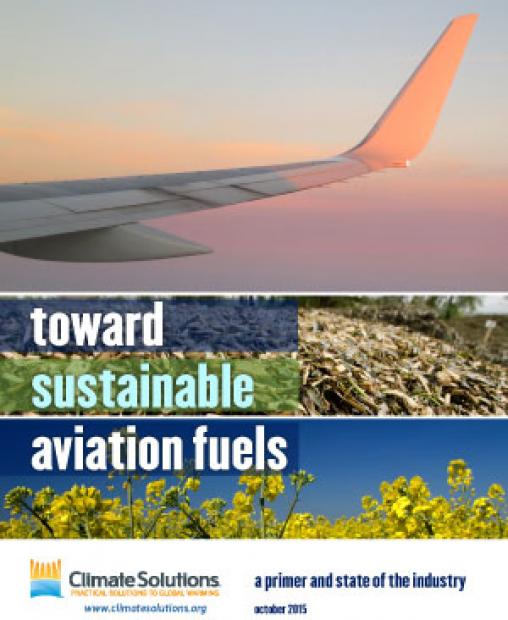 When I first started looking into powering commercial jets with biofuel, I was pretty skeptical. “Biofuel” made me think of acquaintances who’d cooked batches of used cooking oil to run their VW Jettas and ancient Mercedes. I just couldn’t imagine scaling up a process like that to fuel a plane that takes 4,000 gallons to cross the country, a thirst it must slake hundreds of times a year.

But then my work at Climate Solutions led me to explore the efforts to wean planes from fossil fuels, and I realized my preconceptions were mistaken. It turns out that progress toward climate-friendly flying has gone beyond the backyard fuel lab, and a family of industries is emerging to power jet aircraft with sustainably derived fuels. It’s a worthy challenge, since commercial aviation represents 3 percent of global climate pollution at the moment, a figure projected to increase to nearly 5 percent by mid-century.

Unlike cars and trucks, whose fleets turn over every 15 years or less, jet aircraft remain in service for decades, so in the medium and possibly long term, air travel will rely on liquid fuels. Airports and carriers have invested countless millions in tanks, pipelines, and under-tarmac fuel delivery, so jet biofuels must be compatible with petroleum-based kerosene, able to mix with the existing fuel supply, and be used interchangeably in existing aircraft—which makes them “drop-in fuels” in the argot of aviation experts.

Airlines, major aircraft manufacturers, research universities, and government agencies have banded together to create fuels that satisfy these criteria and after more than a decade of development, sustainable aviation entrepreneurs are on the brink of making the transition from pilot project to commercial production. ASTM International (formerly the American Society for Testing and Materials) has approved three different varieties of biofuel as meeting the chemical and engineering standards for jet fuel, and the certifications of three more are expected by the end of 2016.

In the western U.S. alone, three projects—using feedstocks that range from garbage and wood chips to inedible oils—have announced that they’ve lined up a market for their fuel and financing for construction. Two other projects are afoot in the middle of the country, including one that is already producing renewable diesel that can be blended into jet fuel at a ratio of one part in 10 as soon as ASTM gives the green light. Other projects are underway in Britain, Indonesia, Abu Dhabi, and Finland.

Almost all of these projects differ from the ethanol being blended into the US gasoline supply in that they are made from inedible feedstocks, which sidesteps one of the critiques often leveled at biofuels: that they compete in with crops raised for people or livestock, driving up food prices.

If these developments pique your interest, or you want to find out more about the different kinds of biojet fuel making their way from laboratory to biorefinery, you can find out more in Climate Solutions’ Toward Sustainable Aviation Fuel, a 36-page primer and update on the state of the industry.

Recently, a friend with two energetic young boys asked me whether climate concerns meant that she should stop flying her kids across the country to New Hampshire, where their grandparents live.

I acknowledged that at the moment, flying may be one of the most carbon-intensive things she can do. But having completed the research for this paper, I was able to tell her that with the application of steady pressure and innovation, she will eventually be able to fly without climate qualms—although, alas, it probably won’t make it any easier to shepherd her feisty boys through a six-hour flight.