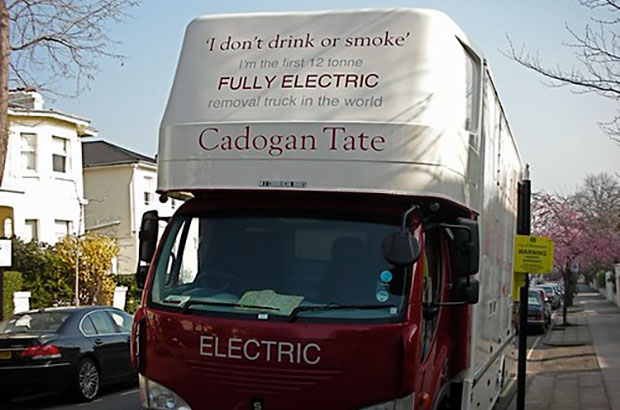 We’ve all seen it, maybe even tasted or felt the sting in the throat: the hazy, brown smog coming out of a truck tailpipe and that can hang in the air over highways and communities next to transportation corridors. It shouldn’t - and doesn’t - have to be this way. There are better, cleaner ways to get us and goods around that won’t choke us or cook the climate.

We all rely on our transportation system, yet transportation fuels are responsible for nearly half of our climate and harmful air pollution in the Pacific Northwest: 46% of Washington’s greenhouse gas emissions and 39% of Oregon’s. Health professionals link this dangerous air pollution directly to asthma, lung cancer, and other respiratory and cardiac diseases.

Turns out, electrifying vehicles--cars, buses, big rigs, and more--are one of the fastest ways we can clear up our air and cut global warming pollution. Clean electricity is fuel too and we will fare far better when we make the switch.

To cut our climate pollution fast enough, research shows that we need to electrify nearly all of the vehicles on the road and reduce how much we drive.. The recent heatwaves, drought, wildfires and resulting smoke have viscerally shown us that we need to act more quickly, and the science, such as the most recent IPCC report, back this up.

The good news is that electric vans, buses, and trucks are here and ready to replace the diesel engine. Though both critically important, transitioning medium- and heavy-duty trucks to electric power will make an even bigger difference for public health benefits than passenger cars.

So how do we make this transition happen faster? Right now, states that wish to require more stringent clean vehicle standards than those set at the federal level have the option to adopt the same standards as California.

Why California? California passed statewide clean vehicle standards prior to the federal government adopting its own, and have therefore been granted the legal ability to continue to set their own standards that are stronger than the national level. Twelve states have adopted California’s Zero Emission Vehicle Mandate so far, including Oregon and Washington.  We want to make sure we don’t miss out on our big chance to clean up all of our vehicles on the road and go faster on the path to a clean and just transportation system in our region.

The clock is ticking to ensure our two states adopt California’s two Clean Truck Rules. Here’s the quick rundown on both critical policies and why we need them in the Pacific Northwest:

Those are two key things that our states need to do right now on new rules to clean up heavy-duty vehicles. It’s also worth noting here that there are things moving on cleaning up passenger vehicles too. The Zero Emission Vehicle (ZEV) Mandate is another rule Washington and Oregon are packaging with the rulemaking for the Clean Truck Rules that requires automakers to sell an increasing number of battery electric, plug-in hybrid, and/or full-cell electric passenger cars and light trucks. The California Air Resources Board, following an executive order from their governor, has proposed a rule trajectory that results in 100% ZEV sales in 2035. California will likely formally adopt the rule next summer, at which other states, including ours, may follow suit soon.

What are our immediate next steps to clean up trucks?

Washington State: Our Legislature passed into law SB 5811 in 2020, which binds the state to California’s clean car standards. Right now, the Department of Ecology is finalizing rules and the State will adopt both the ZEV Mandate and the ACT Rule by the end of the year! This will be a significant step forward for clean transportation in Washington State. Further, the Department plans to adopt the Heavy-Duty Omnibus Rule once California has completed its rulemaking process. However, there are no clear plans for Washington to adopt the reporting requirement, which is a critical complement to other truck regulations and there is more work to do to make sure our state invests in a clean and just transportation system for all.

Oregon: Oregon's Environmental Quality Commission has the opportunity to adopt both Clean Truck Rules by the end of 2021. Climate Solutions has been working with the Clean Air, Healthy Communities Coalition, a growing, multi-sector group of advocates with the goal of reducing public health impacts on Oregonians, ensuring Oregon achieves its greenhouse gas reduction targets in the transportation sector, and supporting a just transition. The Coalition is working hard to ensure that the Clean Truck Rules are adopted this year. If you are interested in getting involved you can visit the Coalition’s website and start by signing up your organization, business, or entity as an endorser of the Clean Truck Rules here!

It’s National Drive Electric Week--just the right time for the reminder that it’s not just passenger vehicles that can and need to go electric. We have the tools, technology and now we can have the policies to clean up all sorts of vehicles, especially the biggest and heaviest ones on the roads. Cleaning up transportation pollution will help cut climate pollution and improve public health while addressing a component of environmental injustice in our transportation system. It is critical that we support and accelerate solutions to the crises of climate change and air pollution.

Victoria (Vee) Paykar is the Transportation Policy Manager for Oregon. Check out her full bio here.

Leah Missik is the Transportation Policy Manager for Washington State. Check out her full bio here.