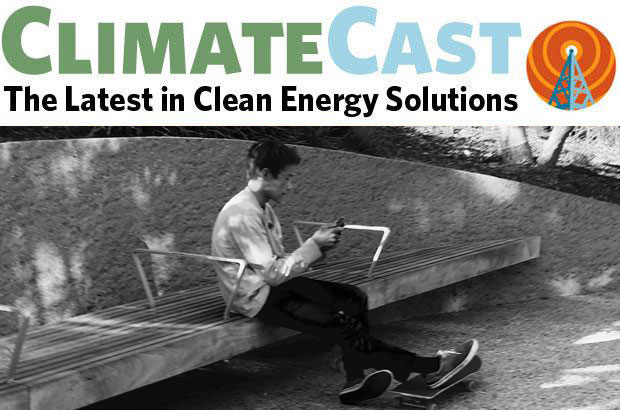 Photo: Taylor Bennett
What does equitable internet access have to do with climate?
Jonathan Lee
May 13, 2022

Bridging the digital divide: Biden’s internet initiative and what it means for climate

On Monday the Biden administration announced that 20 internet service providers have agreed to provide discounted internet service to low-income Americans. Under the new program, tens of millions of households could become eligible for free internet service, funded through an already existing federal subsidy. Closing the digital divide—achieving equity in internet access, affordability and quality of service—is a major social and economic issue, and has deep implications for mitigating and solving the climate crisis. A study in Canada showed how its digital divide slows efforts to engage Canadians on urgent social issues like climate change or racial justice. Additionally, broad internet access is critical for climate risk management, access to the latest climate science, and for connecting the dots between human activity and climate impacts.

In the past six months, Washington and Oregon joined three other states in adopting zero emission vehicle requirements for heavy duty vehicles; the momentum continues with nearly 20 states drafting plans to adopt similar requirements. The adoption of heavy duty EVs continues to build momentum with multiple new vehicles and zero-emission freight options debuting at this month’s Advanced Clean Truck expo, while light duty EV options like the Ford F-150 Lightning are demonstrating the benefits and practicality of electric vehicles to an ever-growing audience. The City of San Diego is investing in a pilot project deploying portable EV charging stations, and Oregon is planning a dramatic expansion of charging infrastructure along major highway corridors. Not surprisingly, high gas prices appear to be playing a role in making EVs more appealing; new data shows that 40% of Americans now expect to own an electric car in the next five years, up from 32% in February and 30% in 2021.

One of Oregon’s gas utilities was again in the news this week. Climate and energy justice organizations (including Climate Solutions) and consumer advocates are objecting to NW Natural’s request to raise rates to pay for increasing executive salaries and various political activities opposing climate progress, among other things.

The Security and Exchange Commission has granted an extension until June 17 for public comment on a proposed climate-related disclosure rule that “would require [fossil fuel] companies to report both direct and indirect greenhouse gas emissions;” the extension will benefit the oil and gas industry. Yet all has not been positive for the fossil fuel industry recently. While previous ClimateCast installments have noted how the war on Ukraine by Russia has meant a drive in short-term demand for oil and gas from other sources, more are looking toward a possible path to accelerate the transition to clean energy. The Biden administration canceled a massive oil and gas lease in Alaska, US House Speaker Nancy Pelosi went after the gas companies on exploiting consumers, coverage continued on the Washington State Building Code Council nation-leading action to transition to all-electric heating for commercial and multi-unit buildings, and a new channel launched with the aim to debunk the gas industry’s greenwashing and misinformation.

How to instill hope even as climate damage continues

As the West prepares for a likely worsening wildfire season, New Mexico residents continue to suffer and try to stay safe while suffering the country’s largest wildfire, which has already burned an area bigger than the size of New York City. As the COVID-19 pandemic enters its third year, researchers are telling us to possibly expect more viral outbreaks as temperatures continue to rise. Climate scientists also offered ways they “keep hope alive” as climate impacts worsen:

United Nations Environment Programme Director Inger Andersen said she simply cannot do her job without being an optimist. “I do not wish to sound naive in choosing to be the ‘realistic optimist,’ but the alternative to being the realistic optimist is either to hold one’s ears and wait for doomsday or to party while the orchestra of the Titanic plays,” Andersen said. “I do not subscribe to either.”

ONE THING YOU CAN DO:

Get inspired and remember it takes teamwork! Reach out to someone today and show support in this long work for climate justice: