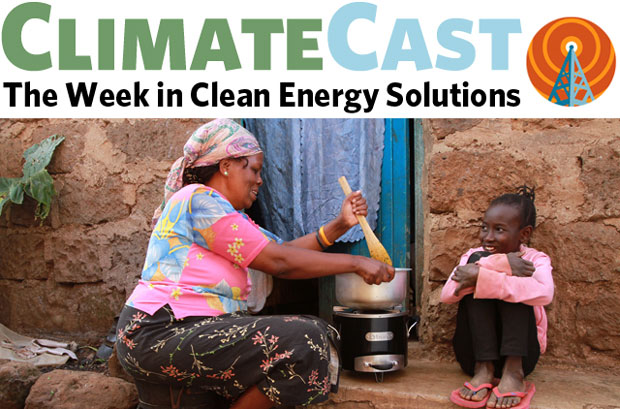 California’s Diablo Canyon nuclear station will close in 2025, according to a proposal announced last week by owner Pacific Gas & Electric and labor and environmental groups. The plant’s 2,200-MW output will be replaced by end-use efficiency, energy storage, and renewable generation, including a commitment by the utility to generate 55 percent of its electricity renewably by 2031. The state’s growing share of wind and solar power makes it harder for the grid to accommodate nuclear plants, whose output can’t be adjusted nimbly to match demand. Although some critics assert that losing the reactors’ carbon-free power will cause an increase in fossil generation, Amory Lovins explains why Diablo can’t compete with ever-cheaper clean energy as a strategy to cut carbon pollution.

In the aftermath of the UK’s vote to split from the European Union, concern surfaced that British climate ambition—and performance—could shrink. Not only does Britain’s exit from the EU make it harder to allocate European climate commitments offered in Paris last December, but the financial uncertainties roiling Britain unsettle the expectation of long-term stability that encourages clean-energy investment. In addition, the Leave victory strengthens the hand of politicians such as former London Mayor Boris Johnson, a climate skeptic and front-runner to succeed departing Prime Minister David Cameron. More philosophically, the Leave vote represents a narrowing of Britain’s horizons, precisely the opposite of the concern for all of humanity and future generations that underpins climate action.

Union Pacific is to blame for this month’s oil train derailment in the Columbia Gorge, according to federal investigators who said the railroad failed to maintain its tracks properly. UP was the most heavily fined of all US rail operators in 2014 and 2015. The railroad resumed oil shipments through the gorge last week, ignoring the Oregon Department of Transportation’s call for a moratorium on oil-by-rail there until inspections are improved. Washington Gov. Jay Inslee also asked Union Pacific to refrain from shipping oil through the state until the railroad inspects its rails on foot, while the Washington Department of Natural Resources announced its opposition to a proposed oil-by-rail terminal in Vancouver because it would increase the risk of wildfire.

Volkswagen agreed Monday to settle US claims stemming from its diesel cars’ fraudulent emissions tests for a total of nearly $15 billion—$10 billion to compensate American car owners, $2.7 billion to the EPA, and $2 billion for research into actual clean vehicle technology. Also in the false claims department, the Democratic Party’s platform committee called unanimously for a Justice Department investigation of fossil fuel companies for misleading shareholders and the public about the risks their products pose for the climate—claims which Yale’s law school dean argues cannot be defended on First Amendment grounds. Meanwhile, the Massachusetts attorney-general and two Rockefeller family funds pushed back against a House of Representatives committee subpoena aimed as tying state investigations of Exxon to climate-action groups.

A consortium of US foundations has announced a plan to accelerate the spread of off-grid and micro-grid solar power in India, where the International Energy Agency estimates that 240 million people are without electricity. Their project aims to reduce the risk of investing in clean-energy businesses, hoping to leverage many-fold their $30 million commitment. In Tanzania, Off-Grid Electric has electrified more than 100,000 homes with solar-battery systems that buyers pay off for as little as $6 per month. Africa also faces burgeoning charcoal demand, which is leading to deforestation, much of it illegal, as its urban population grows.

She sells solar by the seashore

Solar firms close the deal with just 1 to 3 percent of the people who consider installing PVs on their roofs, according to a new study from the National Renewable Energy Laboratory. Most of the rest haven’t ruled it out—they’re just waiting for the right moment to make the leap. In southern California, so much rooftop solar has been installed that San Diego Gas and Electric is about to hit the 5 percent net metering cap—at which point new customers will get a slightly less favorable but more realistic deal. President Obama’s Council of Economic Advisers found this week that energy storage and demand response make it feasible for solar and other renewables to supply a high fraction of the nation’s electricity.

A new process called “cross lamination” is making it possible to build wooden skyscrapers, as depicted in this 1.3-minute video from Scientific American. In Greenland, a retreating glacier has developed a 200-meter-tall cliff face where it meets tidewater; as large chunks of ice calve off the front of the glacier into the water, they have generated waves up to 50 meters tall, some of which were captured on video as tour boats did their best to ride them out.