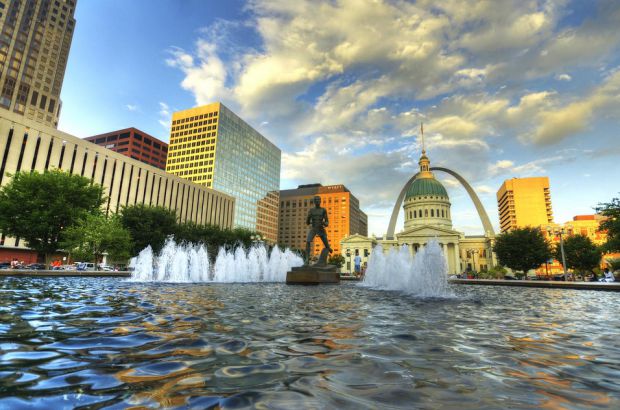 This article is part of The Road through Paris, a series leading up to the COP21 international climate talks in December. It is also the seventh in an eight-week blog series from New Energy Cities detailing the state of the low-carbon city movement.

In the winter of 2008-2009, Salt Lake City, UT (pop. 191,000) convened stakeholders from state and local government, business, and nonprofit and faith-based organizations to tackle the region’s serious air quality problem. The city was in violation of federal air quality regulations for several days of the year, and the problem of air pollution was visible to residents, public officials, and businesses.

The Chamber of Commerce gathered over 100 business leaders to discuss the economic case for clean air, citing challenges to business recruitment, health care costs, and regulatory burdens. The coalition acted quickly to focus on transportation solutions, with an emphasis on reducing single-occupancy vehicle trips, and a social media campaign to promote less driving. The city subsequently adopted greenhouse gas emissions goals as part of a U.S. EPA Climate Showcase Communities grant. In 2012, the effort contributed to a statewide victory: the U.S. EPA found that Utah was in compliance with more stringent ozone standards, which air quality regulators attributed to the City’s reduction of car trips during at-risk days.

After years of decline, Buffalo, NY (pop. 259,000) is experiencing an economic renaissance as a result of cheap, carbon-free hydropower from Niagara Falls and significant new renewable energy investment. Fourteen wind turbines on the shore of Lake Erie provide enough power for 15,000 homes. A former steel plant will be the home of SolarCity’s 1.2 million square-foot facility to produce high-efficiency solar panels.

Buffalo’s state tax breaks and incentives totaling $750 million have drawn criticism, but the region’s clean energy economic development strategy proponents point to success in reducing the area’s unemployment rate to a current low of 5.3%. Moreover, SolarCity's $5 billion investment is expected to create 1,500 on-site jobs and 1,500 more jobs among suppliers in the area.

Portland, OR’s (pop. 609,000) 2015 climate plan process established an equity working group of six local environmental justice and health organizations to incorporate social justice systematically into the plan’s activities. Philanthropic grants from the Bullitt Foundation and the Local Sustainability Matching Fund (now Partners for Places) allowed Portland to pay staff from those stakeholder organizations to spend time commenting on the plan, and to work with a Portland State University professor to review the prior plan with a social justice lens. Resulting priorities included increases in the urban forest canopy in disadvantaged neighborhoods, and expansion of public transit options.

Poor air quality due to coal-fired power plants have long been a public health, economic, and political liability for Beijing and other Chinese cities. In September 2014, the Global Commission on the Economy and Climate found that air pollution was associated with 1.23 million premature deaths and economic loss representing 13% of the country’s gross domestic product.

In early 2015, Beijing announced it would close its last coal-fired electricity plant in 2016. The issue is deeply political: the Chinese government banned a recent documentary chronicling the country’s air pollution problems, and authorities in the northern city of Xi’an detained protestors in an effort to quell related unrest.

In September 2015, based on concern about climate change impacts to their communities, 14 mayors of a diverse range of cities in the Mississippi River Basin committed to promote clean energy and carbon reduction solutions. The pledge was a collaboration of the Mississippi River Cities and Towns Initiative, an effort to make the Mississippi River more sustainable through regional cooperation, and the Path to Positive Communities, a national coalition of community leaders and organizations focused on advancing climate solutions.

Many local officials see climate action as mutually reinforcing economic prosperity and other priorities, and are taking steps to reduce carbon emissions for reasons other than climate action. These efforts not only address community needs but also build broader, more powerful political coalitions beyond traditional climate alliances.