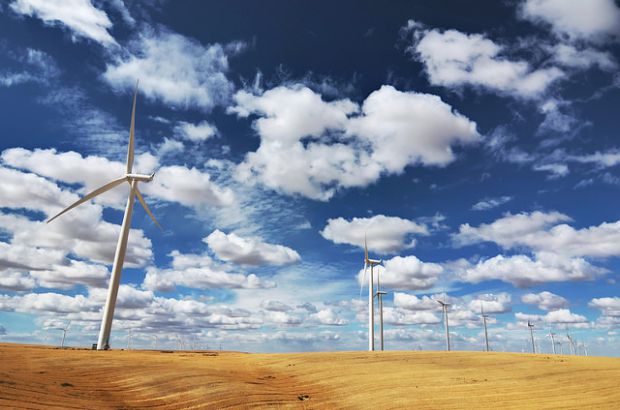 Puget Sound Energy (PSE), which serves 1.1 million electric customers and 790,000 fossil gas customers, primarily in Western Washington, is a crucial player on the state’s path toward a clean energy future. It is the Northwest’s largest utility producer of renewable energy and the second-largest utility generator of wind power in the U.S., owning and operating three large wind farms in Washington that produce 773 MW of electricity. However, wind represents only 3% of the utility’s electricity mix, and solar only a fraction of a percent.

The utility’s draft 2015 Integrated Resource Plan (IRP) will chart the electricity future and determine how to spend the energy dollars of over 15% of Washington’s residents for the next 20 years. Whether that investment will be consistent with the imperative of climate stabilization or lock us into emission pathways that keep us from achieving our climate goals is directly based on decisions that PSE will make in this planning process.

The stakes are high: PSE’s electricity supply is a significant climate liability, using 35% coal and almost 25% fossil gas as of 2014. Yet thus far its draft plan falls significantly short on the urgency and boldness we need to make deep, near-term carbon reductions.

Transitioning from Coal to Clean Energy

First, PSE does not sufficiently address retiring the four coal plants it co-owns in Colstrip, MT, the Northwest’s largest source of climate pollution. In response to a July 31, 2015 petition from the Sierra Club, Climate Solutions, and Washington Environmental Council requesting a proceeding on Colstrip, the Washington Utility and Transportation Commission (UTC) pointed to the IRP and PSE’s upcoming rate case as opportunities to have more public dialogue about the costs of Colstrip operations.

However, the IRP does not offer an accounting of Colstrip operations, nor does it reflect the true cost of coal. If current efforts in the 2016 Washington State Legislative Session to ensure the swift closure of the Colstrip plants fail, we strongly recommend that the UTC open a proceeding in the forthcoming rate case to address not only the financial risk to ratepayers but also retirement dates for the four plants and replacement power with greater specificity and a focus on avoiding fossil gas as the predominant source of that replacement power.

Second, the IRP fails to account for the true social, environmental, and public health costs of fossil gas, related greenhouse gas emissions, and leakage risks. Methane is the primary component of fossil gas (between 70 and 90 percent by volume) and has a high global warming potential over a 20-year timeframe.

Fossil gas delivery systems have methane leakage at all life cycle phases. Making a long-term capital commitment to fossil gas would lock in both carbon emissions and methane emissions that preclude achieving the state’s science-based climate goals. Such investments would squander the benefits of coal transition on a resource with comparably destructive impacts.

Indeed, the disastrous Porter Ranch methane leak from Southern California Gas and Electric’s storage facility is so serious that it may prevent the State of California from achieving its climate change targets, according to The Christian Science Monitor.

As of December 2015, the California Air Resources Board estimated that the well had released up to 1.9 billion standard cubic feet of fossil gas, or the equivalent of 1.6 million metric tons of carbon dioxide—approximately a quarter of the state’s methane emissions. Residents, ratepayers, and government are bearing the direct costs of this emergency, arguably outweighing the short-term financial benefits that the utility and ratepayers initially enjoyed from fossil gas.

We understand that fossil gas currently plays an important role in addressing peak demand, and that PSE’s business model depends on rate-basing capital investments. However, we strongly recommend looking more broadly to alternatives, such as demand response, energy efficiency, storage, and renewable energy, which do not carry the same climate and public health risks as fossil gas.

As the Rocky Mountain Institute outlined in a July 2014 YouTube post, “The Storage Necessity Myth: How to Choreograph High-Renewables Electricity Systems,” utilities can integrate variable renewable generation through improved supply forecasting and demand response, and can match resources to loads and peaks with high-renewable portfolios and limited existing fossil gas infrastructure.

Thus we strongly encourage PSE to be more explicit about how to meet demand, such as through an all-source procurement that enables renewable energy providers and existing power producers to compete on a level playing field while fairly and fully accounting for the costs of climate pollution—and not assume that new fossil gas is the only reasonable replacement option.

Finally, the IRP does not sufficiently emphasize renewable energy and grid management approaches that could enable greater integration of renewable energy without, or with limited, fossil gas. In the short term, these solutions include demand response, improved renewable energy forecasting, and exploring participation in a West Coast energy imbalance market.

In the long term, these include dramatically expanded adoption of energy efficiency and renewable energy, transmission improvements, thermal energy storage, grid-scale battery storage, and widespread transportation electrification. This transition is already underway in other states: in January 2016 California utilities acquired more than 40 MW in demand response from sources ranging from customer battery storage to electric vehicles.

In the Northwest, transportation electrification in particular offers a strategic opportunity to reduce our collective oil use – our biggest statewide carbon liability – while also serving as a load-balancing resource for utilities. In our view, the IRP does not make a sufficiently bold commitment to these priorities, nor does it address the rapid cost reduction that these technologies are already experiencing.

The Clean Energy Transition Is Happening

Climate Solutions has worked for nearly 18 years at the regional, state, and local levels to accelerate replacing fossil fuels with renewable energy. The transition from coal to clean power in our electricity supply is among three critical policies for which our West Coast Climate Campaign advocates. In Oregon, we are part of the effort to transition that state off of coal-fired power while doubling its commitment to new renewable energy, including utility-supported legislation to remove coal from the state’s electricity mix and double the state’s Renewable Portfolio Standard to 50% by 2040.

Since 2009, our New Energy Cities program has worked with urban communities to achieve deep carbon reduction, which requires phasing out coal power and replacing it with renewable energy, not new fossil gas. Our analysis of what it would take for King County to cut its carbon in half showed that Puget Sound cities cannot achieve their climate goals without phasing out coal, avoiding new fossil gas-based electricity generation, and dramatically ramping up energy efficiency and renewable energy adoption.

As a result of this work, we know that replacing fossil fuel with renewable energy is not only possible but already underway. PSE can and must plan now for this clean energy transition.

PSE customers can submit online comments on the draft 2015 IRP or testify at a public hearing before the Washington Utilities and Transportation Commission on Friday, March 4, 2016.