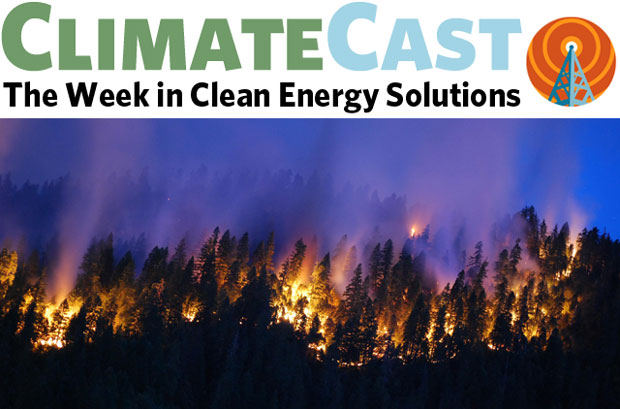 The art of the solar deal

Facing a ballot initiative to reinstate the state’s popular net-metering program, Nevada’s largest utility floated a proposal last week to grandfather net metering for all solar rooftops that were installed or in the pipeline at the end of last year. The maneuver is the latest skirmish in the highly consequential battle over the price utilities pay for solar power. Maine Gov. Paul LePage proposed ending net metering after a three-year grace period, while New South Wales, Australia prepared to slash its generous 60-cent-per-kWh feed-in tariff for rooftop solar to just 5.5 cents—less than a quarter of the retail rate for electricity. In California, the impending shift to time-of-use rates for power changes the cost-benefit equation for some solar owners—a development that may motivate them to connect battery storage to their systems in order to use their own solar electrons when they’re more valuable.

Chinese coal use peaks, and not a moment too soon

China’s coal consumption appears to have peaked at least two years ago, according to a new article in Nature Geoscience, and is likely to continue declining even as the country’s economy expands. This key turning point for the world’s largest carbon dioxide emitter stems from concerted government action and a shift away from heavy manufacturing. It comes just in time, as this viral GIF shows how quickly the world is using up the carbon budget remaining before it locks in 1.5˚C of warming—which would have a significantly less drastic impact than 2˚C, says this new study in Nature Climate Change.

Climate garners air time at DNC as campaign revs up

Like the nerdy kid who suddenly becomes popular, climate change is getting a turn in the spotlight this year, with the 2016 campaign featuring the sharpest divisions over global warming ever seen between the two major-party candidates. At the Democrats’ convention last week, speakers underscored the importance of climate action, starting on Monday with speeches by runner-up Bernie Sanders and keynoter Sen. Elizabeth Warren, all the way through Hillary Clinton’s acceptance speech, in which she promised to honor US climate commitments made in Paris last December. Despite this and a plethora of other pro-renewable energy positions, she has her work cut out for her with younger voters: a poll of millennial voters found that four in 10 don’t see a significant difference on climate between her and Donald Trump.

Urban transit revolution on the horizon

MIT students will be able to summon autonomous vehicles to shuttle around campus next month, thanks to a new partnership between Ford and the university. The tiny EVs will maneuver alongside pedestrians on sidewalks; after campus testing, the service will extend to Cambridge city streets. The vehicles will navigate in part using LiDAR, a technology Google has embraced for its self-driving cars, but which Tesla is avoiding in favor of other types of sensors. Even if they weren’t self-driving, shared cars and mini-buses could dramatically reduce congestion and the need for car ownership, according to a new study of the potential for dispatchable smart vehicles in Lisbon, Portugal.

Climate impacts, from wildfire to water to war

Wildfires raced along California’s Big Sur coast and through grasslands near the Hanford nuclear reservation in eastern Washington, in a seasonal phenomenon intensified by climate change, as warmer, drier weather makes fires bigger, hotter, and harder to fight. Ellicott City, MD suffered from a flash flood (captured here in a frightening video) that swept cars down city streets, another event that bears the fingerprints of climate change as downpours become more severe. In Siberia, thawing permafrost exposed long-buried reindeer that had died of anthrax, triggering an outbreak of the disease. Weather-related disasters are linked to an increased likelihood of armed conflicts, according to newly published research. With all of those impacts, it’s no wonder the Philippine Commission on Human Rights has demanded that 47 major fossil fuel firms remedy the effects of their product on human well-being.

Two New York nuclear power plants will receive nearly a billion dollars in new subsidies over the next two years, according to a plan approved Monday by the state’s Public Service Commission when it raised the state’s Renewable Portfolio Standard to 50 percent by 2030. The plan drew criticism for diverting funds that could have been used to support renewable power; supporters said the reactors couldn’t compete in the power market otherwise. The climate need for nuclear power is a matter of deep dispute, which California just resolved by betting on renewables instead. French energy firm EDF agreed to build the British Hinkley Point C nuclear station at a cost of nearly $24 billion, leading one board member to resign. In Ukraine, a 4-MW solar farm is slated for the exclusion zone around the destroyed Chernobyl reactor—one of the only productive uses remaining for that land.

Oil-by-rail, coal exports have yet another bad week

Fossil fuels foundered again last week, as Washington’s attorney-general recommended the denial of permits for a Vancouver oil-by-rail terminal, and opposition to oil trains mounted after the derailment last month in Mosier, OR. Yet again, coal’s fortunes fell, as The Wall Street Journal chronicled the industry’s failure to win approval of seven proposed West Coast coal export ports; investors should thank the anti-coal-export movement, since barely a tenth as much coal is being shipped out of existing West Coast ports as during the 2014 peak. Coal’s decline is weighing hard on retired miners whose health benefits are being cancelled in bankruptcy and on public agencies whose property tax revenues fall short as coal assets are devalued. One bright spot: Alpha Natural Resources’ bankruptcy left the Sierra Club in control of a 53-million ton coal deposit, which it will keep in the ground, preserving the 35,000 acres above it.

Image: A wildfire burns through the Klamath National Forest in northern California, 2014. Photo by US Forest Service, via Flickr.

ClimateCast is taking a two-week vacation—back with the week’s round-up of climate and clean energy on August 22. See you then!