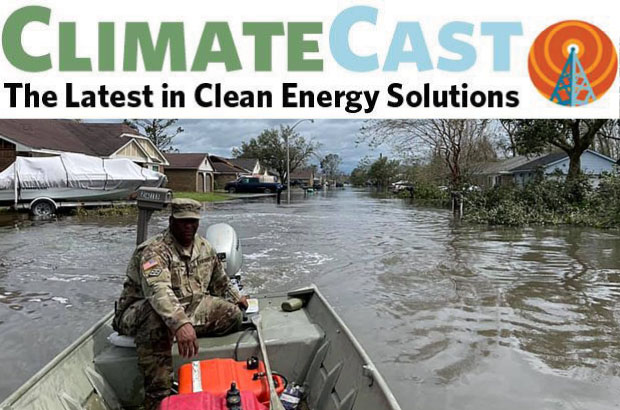 Zooming Ahead of the Feds (with Electric Vehicles!)

Earlier this August, US President Joseph Biden moved forward on his pledge to have 50% of all car and light duty truck sales be electric by 2030. The President’s pledge is welcome news, but many states, sectors and cities have already surpassed these benchmarks for accelerating vehicle electrification (we welcome the friendly competition). For years, a bloc of states—including California, Washington, and Oregon—have passed stronger-than-federal policies and standards to get more clean cars on the road, more electrification projects on the books, and other low carbon fuels in the tanks of existing vehicles. California and many other states have again demonstrated leadership in zero emission vehicle mandates and also electric vehicle infrastructure. [Climate Cast editors’ note: Both Oregon and Washington are going through rulemaking to adopt Zero Emission Vehicle Mandates mentioned here that align with California—more coming soon on the Climate Solutions blog about cleaning up big trucks!]

Earlier this week, the cities of Chicago, San Diego and San Jose received grants for an electrification “accelerator” program to achieve 100% zero-emissions with commercial vehicles in their cities by 2030. The grants of $100,000 per city will help provide needed capacity to fast-track commercial vehicle electrification programs, especially in BIPOC and lower income communities—those most disproportionately impacted by diesel and transportation pollution. Other program components also work to cut pollution from the “last mile” package delivery sector, which is a growing source of transportation pollution. As the President’s pledge rolls out in the form of new federal policies, many vehicle industry trade groups have noted an uptick in climate-friendly actions by companies, states and the medium- and heavy-duty vehicle sectors.

“We don’t have any more time”

In our previous issue of ClimateCast, we detailed a bevy of extreme climate impacts experienced across the United States this summer. And then came Hurricane Ida. Hurricane Ida was a textbook example of a storm made stronger, wetter, and more intense due to the effects of the climate crisis. With sustained winds of 150 miles per hour and gusts up to 172 mph, Ida made landfall in Louisiana and wreaked havoc across the entire Northern Atlantic Coast with widespread, intense rainfall that overwhelmed rivers and caused massive flooding from Philadelphia to Boston,even spawning tornadoes in Maryland and New Jersey. A quarter of New Orleans is still without power and the death toll across four states continues to rise.

In the wake of this colossal storm, Congress has renewed their efforts to overhaul the nation’s infrastructure, with lawmakers from both parties calling for passage of the trillion dollar infrastructure plan. The House is set to vote on the bipartisan infrastructure bill by Sept. 27. Meanwhile President Biden has been touring impacted states and speaking bluntly about the need to act on the climate crisis, saying, “We don't have any more time."

Federal efforts to enact a national clean electricity standard continue to make headlines, with the US Department of energy releasing new estimates on the solar energy production needed—the country would have to double the amount of solar energy installed every year over the next four years, then double it again by 2030. States and cities continue their own progress towards 100% clean, with the Illinois State Senate approving a massive clean energy omnibus package this week, clearing its last major hurdle as part of Gov. J.B. Pritzker’s climate goals. Meanwhile, the Los Angeles City Council is moving forward with a 2035 100% clean goal, a full decade earlier than planned. With recent reports that the US is not at all prepared for climate impacts, these headlines are welcome news in reducing reliance on fossil fuels for electricity and power.

Use your voice to add solutions to the news coverage!

Amidst this hot, dry and severe summer, there’s a lot of dire coverage of climate impacts in the news right now. But do you know what’s been largely missing? What we can do about it. The more people hear about and see climate solutions happening around them, the more confident they are in the transition away from fossil fuels and taking actions for change.

You can help by writing a letter to the editor! Point out our regional progress and solutions you see around you, and how with more people calling for bold, sustained action from our elected leaders at every level, we can still make a positive difference on the climate math. Plus, seeing people write in about this topic it will demonstrate to news editors that their readers want more of this kind of coverage!

Sign up to receive our Letter to the Editor (LTE) tipsheet, and let us know how it goes!

A summer of extreme extremes
Making sense of a scary climate report
100% clean despite the heat
Can Congress get real on clean energy?