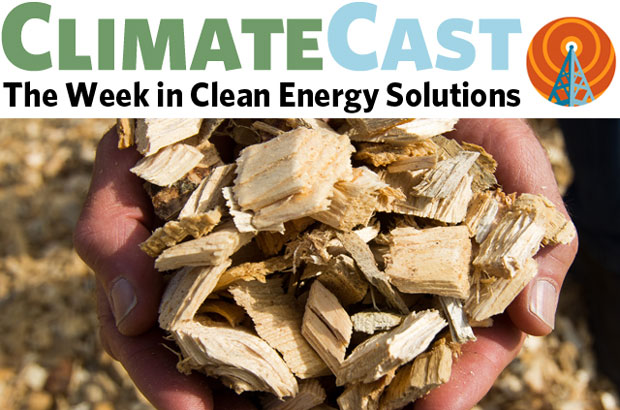 The growth of clean energy is doing more than reducing climate pollution—it’s up-ending electricity markets, as sun and wind power require no fuel and thus operate at near-zero marginal cost. The Economist names the problem, and identifies a cure: changing the price structure of electricity and making it easier for the grid and its customers to respond to the abundance or scarcity of power. Utilities have worried about grid defection—a phenomenon where buildings with rooftop solar and battery storage disconnect from the utility—but a new study shows that move is uneconomical anywhere that net metering is available. Without net metering, however, it’s already viable in Hawaii and parts of California and Texas. California is already mapping the nodes of the electric grid that can handle more back-flow of power from rooftop solar and other behind-the-meter resources, to improve the tariffs for distributed energy supply or load management. The picture would shift dramatically if the heating and transportation sectors were electrified—a move that would grow electricity demand while also making the grid more hospitable to variable resources such as solar energy.

The price of solar power continues its steady decline, with the newest figures showing costs in the third quarter of last year running about 20 percent below the same period in 2015. The Solar Energy Industries Association also reports that another 54 GW of utility-scale solar is in the pipeline, far beyond the 22 GW of solar that the Department of Energy forecasts by 2020. These figures come on the heels of this month’s announcement that new US solar power installations practically doubled in 2016, to nearly 15 GW. According to analysis published last week, utility-scale solar built to meet California’s higher Renewable Portfolio Standard was one of the key drivers, accounting for more than 3 GW of that total.

Fans of clean air and water—what Friends of the Earth founder David Brower used to call the Breathers’ Lobby—braced for this week’s release of the White House’s budget blueprint, which sources said would propose deep cuts in the EPA budget amounting to some $2 billion. Although the budget is subject to negotiation and horse-trading, the intended cuts reflect the same antipathy to environmental protection that EPA chief Scott Pruitt channeled last weekend at a conservative movement conference, promising to shrink the agency. But Pruitt faces troubles of his own: newly disclosed emails from his time as Oklahoma attorney-general show his chummy collaboration with polluting industries, and contradict his testimony that he did not use his private email account to conduct state business. Meanwhile, the Florida congressman who proposed disbanding the EPA got an earful from constituents at a town hall meeting, and speculation grew that cutting the EPA could provoke a backlash similar to the vocal support for the Affordable Care Act.

Repealing the Clean Power Plan not so easy

The Trump administration can dismantle the Clean Power Plan in two ways, says a new analysis in Vox, at least one path would require the same time-consuming rule-making process that led to the plan’s adoption under President Obama. The EPA could disclaim its authority to regulate CO2 from existing power plants, thanks to a discrepancy between House and Senate versions of the 1990 Clean Air Act amendments. Or it could assert that its authority ends at the fence line of the power plant, so it can’t require utilities to reduce customers’ electricity consumption or shift the mix of power sources they rely on. The anti-CPP team lost a player last week when North Carolina backed out of the suit against the CPP. Regardless, dozens of states are already on track to meet their 2030 CPP goals, says the Environmental Defense Fund. Apart from a climate setback, a CPP repeal would actually cost the American economy $600 billion and lead to 120,000 premature deaths, according to modeling by Energy Innovations; readers can test the predicted outcome of their own energy policy assumptions using this web interface.

Exxon Mobil erased more than 3 billion barrels of its proven oil reserves last week when it dropped from its books a $16 billion investment in a Canadian tar-sands field because oil prices are too low for the deposits to be extracted economically. The oil giant wrote off another 800 million barrels elsewhere in North America, and saw its reserves decline 19 percent since last year. ConocoPhillips took a hit, too, removing over 1 billion barrels from its assets, and ending the year with a 21 percent drop in reserves. Meanwhile, Exxon Mobil’s new CEO reiterated the firm’s support of a carbon tax, and the New York state pension fund trustee announced that he will resubmit a shareholder resolution calling on Exxon Mobil to disclose its carbon-related risks, which garnered 38 percent support in last year’s proxy vote.

The climate benefits of burning biomass for electric power are overstated, says a new report by British think tank Chatham House. The report questions the EU’s blanket subsidies for burning wood instead of coal or natural gas, arguing that emissions from harvesting whole trees for bioenergy and transporting them from woodlot to power plant offset most or all carbon savings compared with burning fossil fuels. Subsidies should only be allowed for burning mill residues or post-consumer waste, the report said, reigniting a smoldering debate over the practice. Getting the carbon math is critical, since a new paper in Nature Climate Change finds that improved forest management represents one-quarter of the climate pollution cuts pledged under the Paris accords. But some countries are going in the opposite direction: Amazonian deforestation in Brazil and Bolivia has accelerated in recent years, according to this vivid article.

Activists said solemn goodbyes last week to the encampment near the Standing Rock Sioux reservation in North Dakota where they had protested for months against the Dakota Access Pipeline (video). Most of the 200 or so who still remained at the camp left voluntarily, though dozens refused to leave and were arrested.

Image: A handful of biomass chips. Photo by the Oregon Department of Forestry, via Flickr.