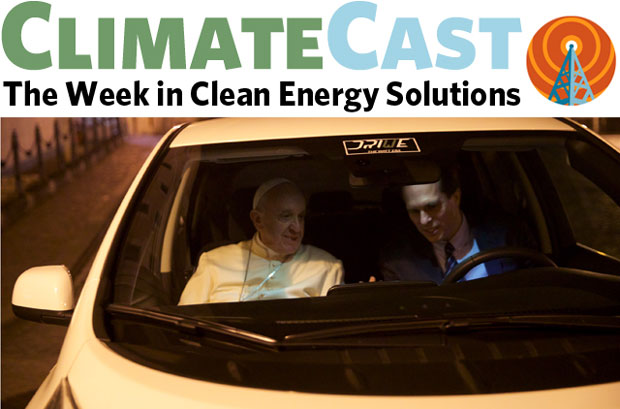 Charging for carbon pollution: be sure the price is right

Oregon lawmakers last week met to discuss five different bills aimed at reducing the state’s climate pollution. The proposals include bills that would limit carbon pollution, price it, and invest the proceeds in clean energy; a plan that would enact a gradually increasing carbon tax; and another bill that would cap climate pollution and assign a state commission the job of deciding how to keep emissions within that limit. The hearing follows the release of two official state reports last month: one that showed Oregon will miss its climate goals without new policies, and another finding that cap-and-trade is a cost-effective way to cut emissions and would have at most a small effect on the Oregon economy. Oregon’s carbon pricing debate comes amid news that Singapore will become the first country in Southeast Asia to set a price on carbon, and that the EU will reform its carbon market, which has been plagued by a persistent surplus of emission allowances. In the northeastern US, a report found that the regional cap on carbon pollution from power plants is well designed, but has little impact because the cap was set too high.

Carmakers smelled possible victory last week, as reports surfaced that Trump’s EPA will reverse an Obama-era decision that finalized the rules raising fuel economy in 2022 to 2025 autos. The increase, negotiated between car companies and the EPA five years ago when gas prices were higher, would raise fuel efficiency about 20 percent over the undisputed standards for 2021 models. Carmakers invoked the recent shift in customer preferences toward trucks and SUVs as a reason to rethink the standards, seeming to ignore the provision that tailors a car’s fuel economy requirements to its footprint. The EPA also hinted it may revoke California’s authority to set its own CO2 standards for cars—rules are followed by about a dozen other states including Washington and Oregon. If the EPA does so, it is sure to face a legal challenge from the Golden State. Meanwhile, the rise of electric vehicles continued, with Beijing mandating that all new taxis in the Chinese capital be EVs and Illinois researchers testing an electric flow battery for cars that would be stored in an onboard tank and refilled like a gasoline car. At the Vatican, Pope Francis was offered a Tesla Model S for the papal fleet, but he turned it down and instead accepted the more modest Nissan Leaf.

Coal flailing in the US and abroad

Coal’s prospects continued to take a beating, as China’s coal consumption fell by nearly 5 percent last year, the third consecutive annual decline, and the Chinese government is approving far fewer new coal-fired power plants. In India, clean power coming on line in the next few years will mean that coal plants will be used as little as 48 percent of the time, eroding their profitability. The tarnishing allure of Asian coal markets finally led Powder River Basin’s Cloud Peak Energy to abandon its export plans, unwinding contracts with ports and rail lines at a cost of tens of millions of dollars. In Europe, the EU learned last month that meeting its Paris climate pledges will require it to shutter its coal industry by 2030. The industry’s last hope—carbon capture and sequestration—is fading, too, as Southern Energy acknowledged in an earnings call that it can’t afford to operate its Kemper CCS plant, since it is cheaper to buy gas for power generation and leave the coal in the ground.

In his draft budget for the EPA, President Trump would cut the agency’s spending by a quarter, lay off 19 percent of its staff (about 3,000 people), and slash key programs such as the EPA science office, its environmental justice office, and the Energy Star appliance efficiency labeling program. Bellingham (WA) State Senator Doug Ericksen, who moonlights as the EPA’s communications manager, heard an earful of opposition to these and similar moves from 650 constituents at a town hall meeting last weekend. Nor are the cuts confined to the EPA: Trump is proposing to whack half a billion dollars from the NOAA satellite program, reducing our comprehension of the Earth’s atmosphere, oceans, and weather patterns. Meanwhile, EPA chief Scott Pruitt halted efforts to gather methane emissions data from oil and gas companies, in line with the administration’s instinct to eliminate consumer and environmental protections throughout the economy even though regulatory costs are usually minor and some, such as efficiency standards, breed significant savings. The Senate confirmed two more Cabinet members: Energy Secretary Rick Perry, who faces crucial choices about the R&D his agency will support, and (now former) Montana Congressman Ryan Zinke, holder of a 4 percent rating from the League of Conservation Voters and fervent backer of coal export from Washington’s Cherry Point, who indicated on his first day as Interior Secretary that he supports lifting President Obama’s moratorium on coal leasing on public lands.

To generate clean energy is human; to store it is divine

In California, utilities are testing “virtual power plants” that integrate solar arrays with battery storage and two-way radio communication to supply electricity when needed, reports The Wall Street Journal, helping accommodate more renewables on the grid. Although the analysts at Lazard peg the cost at roughly twice that of power from a gas-fired peaker plant, the price is expected to decrease as technology improves. New zinc-bromine flow batteries are shaving expensive peak loads at a Microsoft data center in Washington State and helping Puget Sound Energy avoid costly substation upgrades. An Australian professor projects that his country could run on 100 percent solar and wind power with the help of pumped hydro storage, which would add about 50 percent to the cost of clean energy. The hydro plants use two 25-acre reservoirs separated by 1,000 to 3,000 feet of elevation and consume less water than fossil fuel plants. In New Mexico, an electric utility will be able to adjust the thermostats in up to 3,000 homes in its service territory to reduce peak demand, which is expected to spike more sharply as the climate heats up.

States juggle rules of the road for solar on the grid

The 2017 legislative sessions reawakened the state-by-state fight over the terms of trade between solar generators and the grid, with solar posting mixed results so far. A Washington State bill to extend the incentives for rooftop solar and expand them to include community solar farms has stayed alive so far this session, with the House Committee on Technology and Development passing it in revised form last week. The Indiana State Senate did the reverse, proposing to eliminate net metering by 2027 and require solar generators to sell their power to the utility at wholesale rates and repurchase it at retail. But in neighboring Kentucky, the sponsor of a bill to allow utilities to end net metering withdrew it following public outcry. In Arizona, a long-running conflict over net metering ended with a negotiated settlement that will slightly reduce compensation to rooftop solar owners, but spare them from mandatory demand charges.

In brief: Shell knew, too

Dutch reporters have uncovered a 1991 public education film made by Shell, in which the oil giant warns of the dangers of climate change if carbon pollution continues unchecked. Despite its knowledge—backed up by an internal 1986 company report—Shell went on to develop new oil reserves and lobby against climate action. Another oil major, Chevron, last week bowed to reality and acknowledged to investors that it faces the risk of government investigation and private litigation for its role in destabilizing the climate.

A note to ClimateCast readers: Thank you for taking our recent survey; it was great to hear from so many of you about how you value ClimateCast. Climate Solutions is looking at how to retool ClimateCast to make it an even more effective resource, so while we do that we’re also going to switch to a bi-weekly publication. Next edition will appear on Monday, March 20.