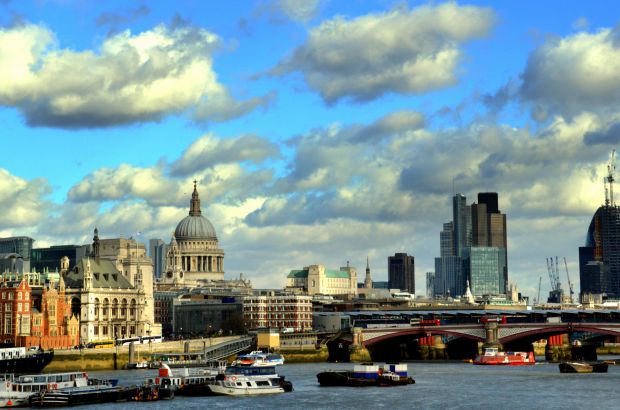 This article is part of The Road through Paris, a series leading up to the COP21 international climate talks in December. This is also the eighth in an eight-week blog series from New Energy Cities detailing the state of the low-carbon city movement.

The international climate talks that begin on November 30, 2015 are an important opportunity for global leaders to avoid the most catastrophic consequences of climate change. The negotiations are also a moment in time for forward-looking urban leaders to demonstrate the collective political will they have amassed for bold climate action, and to show how far they have already come in reducing carbon emissions.

Indeed, the past decade has seen an explosion of local action to tackle carbon reduction. Next week New Energy Cities will release The Urban Clean Energy Revolution, a paper that details the growing low-carbon city movement and describes a rich array of best practices from urban leaders already achieving carbon reduction. The report, segments of which were published in an eight-part blog series from September 30, 2015-November 18, 2015, serves as a guide for localities to achieve deep carbon reduction, based on worldwide examples of urban climate planning and action.

Over the past decade, urban governments have set increasingly ambitious goals, such as 80% carbon reduction by 2050 (80x50), sourcing 100% of community energy with renewables by specific target dates, and carbon neutrality (achieving zero carbon emissions in electricity, heating, cooling, and transportation). These are not empty pledges, but targets that local officials from Greensburg, KS to Georgetown, TX are already implementing.

Local governments have become sophisticated about figuring out how to achieve their goals, and are developing clean energy transition plans to accomplish them. San Francisco, CA and Sydney, Australia are leading examples of this work, and supporting partners, such as Innovation Network for Communities, provide advice and lessons learned from early leaders so that local officials do not have to reinvent the wheel.

To meet these goals, mayors and local elected officials worldwide are taking advantage of the policy tools they already have, and experimenting with a diversity of new approaches. Tokyo, Japan and Shenzhen, China are among the cities pioneering local systems that put a cap and price on carbon emissions. Berlin, Germany and Minneapolis, MN are partnering with their energy utilities to meet carbon reduction commitments, while Sonoma County, CA and Westchester County, NY are negotiating for cleaner, cheaper electricity on behalf of their residents. Lancaster, CA is requiring that all new rooftops come equipped with solar panels or have access to solar energy.

Leading local governments do not travel this road alone: they partner with other jurisdictions and networks to get deeper and faster results. Over the past decade, the number and scale of organizations and initiatives helping cities to reduce their carbon footprints have expanded dramatically—including the Carbon Neutral Cities Alliance, the California-China Urban Climate Collaborative, and the Mississippi River Cities and Towns Initiative.

However, securing funding remains a persistent barrier for local governments in pursuing ambitious clean energy agendas. Few cities have the authority or political support to levy taxes and issue bonds—as Boulder, CO and Johannesburg, South Africa have done. In Japan and the European Union, localities have benefitted from national or multi-national funding sources, such as the Japanese Green New Deal fund, and the European Investment Bank’s European Local ENergy Assistance program. Public-private partnerships and philanthropic institutions can provide catalytic funding on a project basis. Overall, funding for urban clean energy and climate action is inconsistent and/or limited.

Much still remains to do. Urban leaders need a price on carbon emissions, as well as the continued support of private partners and other levels of government to unlock funding for bolder clean energy action. To transition to cleaner energy, cities must look beyond their traditional toolbox—experimenting with new approaches, taking greater ownership over their energy futures, and demonstrating accountability to their commitments.

The climate crisis requires that urban governments and their partners embrace these actions at a greater scale than ever before.