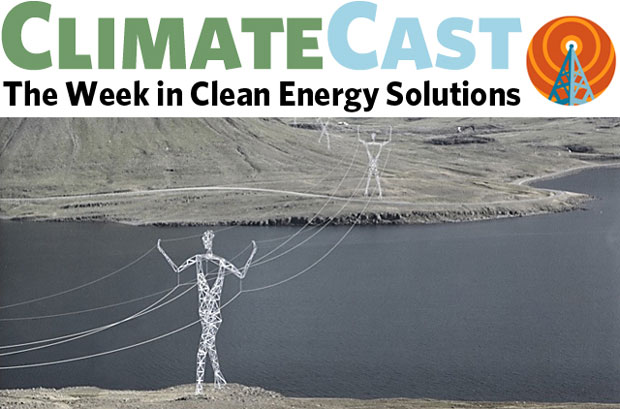 Now that the dust is starting to settle from President Trump’s executive order on energy and climate last week, some aspects of its impact are becoming clearer. While the order didn’t undo the EPA’s authority to regulate climate pollution or withdraw the US from the UN climate accord, the carbon math means that federal commitments won’t ensure that the US meets its 2015 Paris pledge. The geopolitical math means that Trump has started to make the US a rogue nation when it comes to climate, ceding to China its global leadership role on climate, along with accompanying economic opportunities. The biggest impact may be psychological: Under President Obama, the federal and economic pressures both trended toward clean energy, but now they are pulling in opposite directions. Vox lays out the particulars of the executive order here and annotates the text here. Even though it was drafted more tightly than the travel ban, it already faces numerous legal challenges, and some of the regulations in its sights will take as long to reverse as they took for President Obama to enact. Some observers—such as former New York Mayor Michael Bloomberg—even believe that city and state action, combined with the private sector’s response to increasingly cheap clean energy, can keep the US on track to realize its Paris promises.

The clean energy policy battle shifts to the states

With President Trump throwing the federal climate gears into neutral or worse, cities and states are becoming more central to US climate action. Ten states brought suit to maintain Obama-era energy efficiency standards that Trump is trying to suspend, and Republican mayors, governors, and utility regulators who see the benefits of energy efficiency and clean power are pushing to stay the course. In Washington, Gov. Jay Inslee’s Clean Air Rule will reduce the state’s carbon pollution even more than the federal Clean Power Plan would. West Coast mayors and governors responded to the Trump executive order with a vow to maintain their vigorous action on climate, and all three legislatures continued to consider policies that would price carbon pollution. Nationwide, states are raising the Renewable Portfolio Standards and protecting other pro-clean-energy policies, as described in this thorough round-up.

More than twice as many Americans are employed in clean energy as in fossil fuels, according to a new Sierra Club report, and in only nine states do more people work in fossil fuels than in clean energy. Those trends are at work in the Pacific Northwest, where more than 8,000 Oregonians and 9,000 Washingtonians work in the solar and wind industries, compared with fossil fuels, which employs under 700 in Oregon and less than 6,000 in Washington. This strong clean-energy employment—not even counting the millions who work nationwide in energy efficiency—undercuts President Trump’s rhetoric about reversing President Obama’s Clean Power Plan to save coal jobs, which are outnumbered at least 8-to-1 by workers in renewable energy. In Ohio, solar jobs grew about 21 percent last year, and coal employment continued to fall, with hourly pay in both industries averaging in the mid-twenties.

Wind energy can displace 56 GW of Midwestern coal plants even without President Obama’s Clean Power Plan, according to a new study from Moody’s Investor Services, which noted that the 2¢-per-kWh cost of wind power is less than the 3¢ cost of running an existing coal plant. Another data point in coal’s failing economics: the Montana Legislature is considering a $10 million annual loan to keep Colstrip Units 1 & 2 open until their scheduled 2022 closure, after the plant’s operator said it is no longer “economically viable” and could close next year. Coal’s decline is apparent both in West Virginia, where Paul Krugman says it’s more cultural symbol than economic mainstay, and worldwide, where the 2017 Global Coal Plant Tracker finds a dramatic drop in the number of new coal plants being planned or built. The Trump administration granted the federal permit for the Keystone XL pipeline last week, but environmental and native groups promptly challenged it in court. Keystone faces stiff opposition in Nebraska, where it must get the Public Service Commission’s OK. In British Columbia, the quest for new fossil-fuel markets continues with about 20 liquefied natural gas (LNG) plants under consideration, often opposed bitterly in waterfront communities.

Westinghouse filed for bankruptcy last week amid burgeoning losses from its nuclear construction business, the last vestige of a once-mighty electron empire that ran the gamut from light bulbs to the generators that powered them. “You can be sure if it’s Westinghouse,” the company said, but in the end, the only sure things were the delays and multi-billion-dollar cost overruns plaguing its two current projects. The principal utility owners of the Westinghouse reactors under construction in Georgia and South Carolina both said last week that they are weighing all their options, including abandoning the planned reactors or remodeling them to burn gas instead. Meanwhile, an Ohio utility said it would close two nuclear plants unless it receives subsidies for their power, while atomic optimists continued to put their faith in innovative designs that could be built quicker and less expensively, with Virginia utility Dominion forging ahead with plans for just such a reactor to be completed in 2029.

The road map to keep global warming from exceeding 2˚C is chartable but difficult, according to a new paper published in Science that lays out a planetary to-do list for every decade between now and 2050. The steps are concrete, noting that by 2020 all cities and corporations should have “decarbonization strategies” in place, but the further into the future they are, the more sweeping they sound, e.g., internal-combustion cars “become rare on roads worldwide” sometime in the 2030s. In the nearer term, this new report from the BC think tank Clean Energy Canada finds that the transition to carbon-free energy is well underway, backed by high levels of capital investment, and particularly well entrenched in China and India.

A maverick electricity firm began pitching Hawaii last month on an entirely new model for electricity supply, in which the utility is a broker and integrator of energy services, instead of a supplier of power. The idea is one of many being floated to accommodate more clean energy on the grid, which also includes a renewed push to expand the California Independent System Operator to serve any utility territory in the American West. California is trying to figure out how to value electricity differently depending on where it’s being delivered, and to refine its renewable power targets to require some of that clean energy to be delivered during peak hours. At certain times this spring, the state has already found itself with more clean energy than it can use, and last month briefly provided a record 56 percent of demand from renewables. In South Australia, a new 330 MW solar farm with 100 MW battery—the world’s biggest—is due to come on line by year’s end.

Image: “The Land of Giants™,” a proposed design for transmission towers in Landsnet, Iceland, by Choi+Shine Architects. Used by permission.