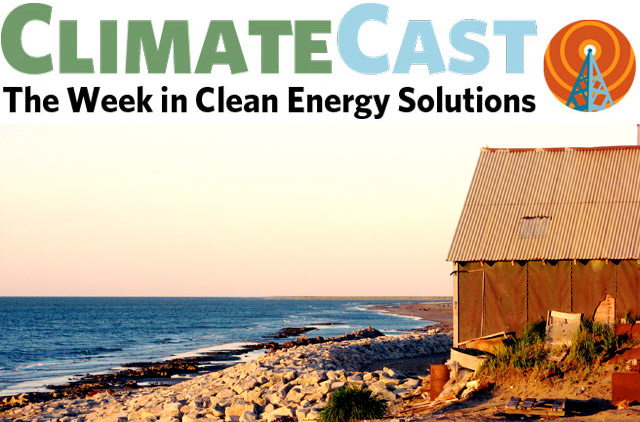 Lima accord provides tailwind toward Paris, but no teeth

Climate negotiators worked overtime to salvage an agreement at the Lima talks, crafting a deal whose realization will depend on individual nations’ good will, susceptibility to public pressure, and belief in the growing economic benefits of clean energy. Climate hawks deplored the lack of a common standard for the emission targets that countries may submit ahead of next year’s Paris summit, but NGOs will surely provide third-party review regardless. In a milestone for climate diplomacy, the accord recognizes that industrialized and developing countries alike must transition away from fossil fuels, as some of the nations exempted in the 1997 Kyoto pact have become more affluent and more significant emitters.

Boost for carbon pricing up and down the West Coast

Carbon taxes won support last week from research on both sides of the 49th parallel, ahead of WA Governor Jay Inslee’s anticipated proposal for a carbon fee in the Evergreen State. A Portland State University report showed that an Oregon carbon emissions tax would help accomplish the state’s climate goals while costing few jobs, especially if the proceeds were re-invested intelligently. Achieving the deeper carbon cuts promised by 2050 will take other policies as well. Meanwhile, the David Suzuki Foundation found that extending Ontario’s transition out of coal and British Columbia’s $30-per-ton carbon tax Canada-wide would get the country nearly to its 2020 targets.

Petroleum prices continued their plunge last week to the lowest levels in more than five years, leading to layoffs and cutbacks at oil companies and a ripple of bankruptcies in the U.K. oil and gas business. The cheaper gas hasn’t increased consumption much, because of structural change in the U.S. economy. The price drop could make it easier to introduce carbon pricing, says the International Energy Agency, and for the State Department to reject the Keystone XL pipeline. At current prices, full development of the Alberta tar sands wouldn’t pencil out without the pipeline, substantiating a finding that its construction would boost worldwide carbon emissions.

Climate concern is growing, but it takes finesse to tap it

Republicans in Congress may be lagging behind their own voters in recognizing the importance of climate action, according to a poll released last week by The Associated Press. Half of Republicans polled—and six out of 10 Americans overall—support limits on carbon pollution, and nearly half the GOP respondents said the U.S. should act even if other countries don’t. The poll also found, however, that the issue ranked near the bottom of voters’ priorities. A new report from Columbia University sheds light on possible reasons for that—such as the ‘finite pool of worry’—and suggests how climate communicators can overcome those psychological barriers.

Congress passed a spending bill last week that includes several bitter pills for the climate, mostly at Republicans’ behest. The package bars the U.S. from paying its $3 billion pledge to the Green Climate Fund, reinstates financing for overseas coal projects, exempts farmers from any regulation of methane produced by livestock, and blocks protection for the sage grouse, which occupies land coveted by oil and gas prospectors in the West. Although the bill doesn’t de-fund President Obama’s use of the Clean Air Act to cut carbon pollution from power plants, the success of GOP tactics in this round foreshadows the fight sure to follow next year.

Solar gets help and hindrance from East Coast regulators

Solar power got a boost last week when South Carolina utilities agreed to net-metering—buying rooftop solar power at retail rates—and promised not to seek any special solar fees for six years. But in the PJM power marketing area bounded roughly by Pennsylvania, New Jersey, Ohio, and Virginia, renewables suffered a blow when the power agency voted to pay generators extra for capacity only if they can deliver power on demand, 365 days a year. The rule change will hit solar and wind producers and demand-management firms, who had been earning capacity payments for their summer peak-time generation.

Climate change spreads its impacts from tropics to the Arctic

A new study using satellite data has linked the last decade’s Amazonian drought to a drop in photosynthesis, reducing the amount of carbon that plants absorb from the atmosphere. Since models predict global warming will decrease rainfall in the basin, the new study foretells a feedback loop accelerating the rate of climate change. In Nicaragua, drought is causing crop failures, and coffee plantations are suffering disease outbreaks on sites that had been immune because of the cool weather at their elevation. Far to the north, the Inupiaq village of Shishmaref, Alaska, is falling prey to melting permafrost and eroding shorelines, and planning to relocate to higher ground.

Copenhagen is pioneering road upgrades that piggyback on the switch to energy-efficiency LED street lighting to create a smart street grid. Sensors flash colored lights in the roadway that help bikers keep pace with a “green wave” that enables them to avoid stopping for red lights, truckers can track the time until lights turn green so they can avoid having to brake, and suburban streetlights brighten only when cars are nearby. On the West Coast, Washington is primed to test a different kind of upgrade, decoupling highway funding from gas consumption, as electric vehicles and increased miles-per-gallon reduce revenues from the gasoline tax.