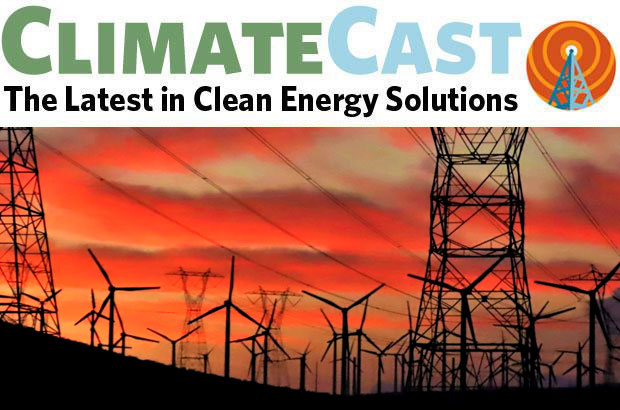 How the West is One

Over the last decade, Western states’ differences have often given way to deepening collaboration in the face of similar needs for clean energy—and of similar challenges brought by climate consequences. This week, California moved to restrict and, by 2035, completely ban the sale of new gas-powered cars. Praising what he called “a critical milestone in our climate fight,” Washington Gov. Jay Inslee noted that his state had already set a similar goal, adding that “we’re ready to adopt California’s regs by [the] end of this year.” Citing climate concerns, western states’ attorneys general also joined forces in court this week to oppose the expansion of a methane gas pipeline proposed to run from Canada to California.

Wildfires intensified by climate change are a yearly threat across the west, helping turn summer into a veritable “danger season.” In some cases, destructive fires have forced entire communities into a difficult choice whether to leave or rebuild. But it’s the smoke that may actually pose more widespread and long-lasting threats, writes David Wallace-Wells in the New York Times: ”In 2020 [wildfire] smoke accounted for roughly half of the air pollution in the Western United States, which means that, on that side of the Rockies, as much toxic smog was coming from wildfires as from all human activity combined.”

President Biden signed the Inflation Reduction Act (IRA) into law last week, setting in motion some of the biggest federal climate action in our country’s history. As analysts continue to parse the details of this landmark legislation, there are additional climate action and community resilience measures to highlight. Rebecca Leber from Vox reports that, in addition to the billions of dollars of highly-touted clean energy tax credits, the bill also includes $3 billion for highway removal and community cleanup, direct payments to retire coal-fired power plants, a $5 billion block grant program for states to clean up climate emissions however they want, and $20 billion for further research and development into more effective carbon capture and storage technologies. There’s also hundreds of billions of dollars in federal loans and loan guarantees dedicated to encouraging a just transition for communities dependent on coal exports, along with energy and automotive projects and businesses, bolstering Department of Energy programs established in the early 2000s.

The IRA isn’t without its critics within the clean energy sector; automakers and other clean energy manufacturers have warned that they will require at least several years to ramp up production in line with the law’s North American manufacturing requirements and critical mineral sourcing restrictions. Still, political and economic observers are already predicting this law will hasten the arrival of peak US oil and gas consumption by 2025, ultimately heralding the ‘demand destruction for fossil fuels’.

Learn more about the IRA’s climate provisions and what’s next by checking out our recent Climate Leaders Live discussion on the IRA and climate.

It’s still summer and it’s still hot, extra hot in some parts of the country. Extreme heat makes it hard to do everything and is a demonstrated risk to those who work outside all day in the sun. Recently, heat safety issues (it can get over 100 degrees in the back of a UPS truck) have sparked demonstrations  as a string of heat-related illnesses among drivers has renewed calls to improve working conditions. Urban heat islands are an increasing problem worldwide; not only because they concentrate uncomfortable heat, but because  warmed asphalt releases harmful air pollutants, worsening air quality. Ultimately, many of the world’s roads and transportation systems are not ready for the climate impacts we’re experiencing already and will need investment to increase resilience—beyond asphalt warping caused by extreme heat, intense super floods left roads underwater in Dallas and shutdown the interstate between Phoenix and Los Angeles.

NW Natural condemned for misleading advertising—or, you might say, gaslighting

A number of Oregon lawmakers have joined more than two dozen organizations urging the state’s Department of Justice to investigate NW Natural—Oregon’s largest fossil gas utility—false advertising claims the company has spread to the public and in local K-12 schools. The public backlash against NW Natural’s marketing campaigns continues amidst a pending docket before the Oregon Public Utility Commission investigating the future of gas use within the state and a dispute over the gas utility’s second proposed rate increase in two years.

One thing you can do: Call Congress to thank members who voted YES on the Inflation Reduction Act

Remind them this is just the start of climate action, we need to continue drawing down pollution from oil and gas while continuing to invest in renewables.

A massively consequential week for climate action
Are we in a climate emergency? How is that not a dumb question?
Climate + cosmos = 💌
Supreme Court versus a livable future