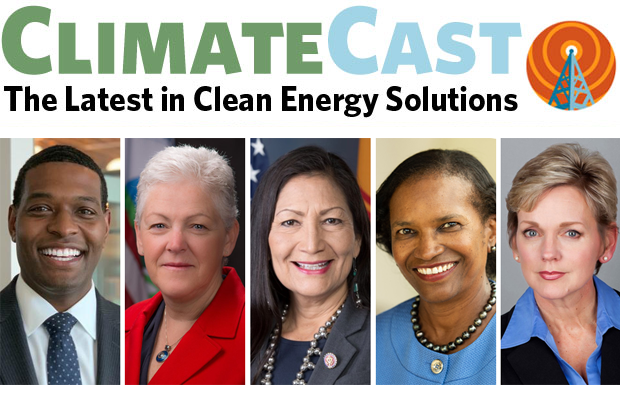 In the first week of January, the Trump administration’s Bureau of Land Management intends to auction off drilling rights in the Arctic National Wildlife Refuge, a proposal which has been hotly contested for generations. The administration is moving forward in its final weeks despite the opposition of most Americans to drilling in the Arctic.

Opposition to Arctic drilling has expanded well beyond environmentalists, First Nations or everyday Alaskans. Every major US and Canadian bank has now come out against Arctic drilling; even insurance companies are stepping back from extreme oil extraction. These institutions’ withdrawal of support represents a new stage of responses to the climate crisis, and potentially, a step towards a just transition away from fossil fuels. Extreme oil extraction, whether in the Arctic or in Canadian tar sands, is increasingly being recognized as a dangerous bad investment.

The Biden administration is building out its climate/clean energy team at pace now, this week nominating former EPA head Gina McCarthy as domestic climate coordinator, former Michigan Governor Jennifer Granholm for Secretary of Energy, and Pete Buttigieg for Secretary of Transportation. Former Secretary of State John Kerry is already on board as international climate envoy, and Brenda Mallory of the Southern Environmental Law Center has been tapped to head the White House’s Council on Environmental Quality. North Carolina DEQ secretary (and environmental justice advocate) Michael Regan is the nominee to serve as EPA Administrator, and New Mexico Representative Deb Haaland is set to become the first Native American cabinet official, as Secretary of the Interior.

A strong roster doesn’t guarantee urgent action or results. But the selection of these leaders suggests that President-elect Biden is laying the groundwork to fulfill his promise to make attacking the climate crisis a top priority throughout his administration, from its first day in office. Sunrise Movement founder Varshini Prakash comments: “now the true test of Biden’s commitment to tackling the climate crisis through an all-government, all-society mobilization is whether they’ll have the tools, power and resources to be effective.”

While he might not be headed to the other Washington in the new year, Governor Jay Inslee this week pressed hard in his latest call for more climate action in 2021. Noting that a clear majority of Washingtonians wants the state to take meaningful action on climate, Inslee put before the State Legislature a set of climate proposals which together promise to reduce emissions, boost jobs and the state’s clean energy economy, and make measurable progress towards equity in communities across Washington.

Notably, the governor called for lawmakers to finally pass a Clean Fuel Standard to cut pollution from motor vehicles--the single largest contributor to climate change. California, Oregon and British Columbia already benefit from similar policies, leaving Washington the last West Coast jurisdiction to do so. Inslee is also asking the legislature to deliver on other key measures that climate leaders in its ranks have also been developing, addressing clean energy and efficiency in the building sector—the state's fastest-rising source of pollution.

Oregon communities and the state health authority get real on climate

Meanwhile, the Daily Astorian reports that Clatsop County, Oregon commissioners voted this week to start directly addressing the climate crisis. The resolution commits the coastal county to “develop a climate change partnership among cities, special districts, businesses, nonprofits and the community to improve understanding of the natural resource base, educate the public about local climate change issues and recommend action.” Clatsop County joins a growing list of localities—including the cities of Ashland, Corvallis, Eugene, Milwaukie, Portland, Multnomah County, and the Metro regional government—taking the initiative on climate action above and beyond state-led efforts.

Fossil gas, fracked gas, “natural gas”... It’s all the same stuff, it’s mostly methane, and it’s a powerful cause of global warming. It’s also poised to be a major climate battleground in the new year, with more states, and more cities like Seattle, moving to ban gas in newly constructed buildings due to its health impacts as well as its potential for climate damage..

As momentum builds for a transition away from the harmful energy source, the companies that sell us gas are starting to feel the pinch—and are waging public relations campaigns to hang on to their social license as well as their customers. When fossil fuel producers placed gas ads on King County Metro buses, a group of climate and environmental advocates (including Climate Solutions) successfully argued that the transit agency should reject gas ads just as it would ads for other harmful products such as tobacco and alcohol. In Texas, fossil fuel companies are targeting pro-gas ads at college-educated women homeowners, who they view as a threat—a recognition that as people learn more about the harms associated with gas, they are inclined to switch to cleaner sources of energy.

One thing you can do: give the gift of climate books

Need a last minute gift, and want to sneak in one last nudge on climate? Looking forward to adding to your on holiday book stack plans? We’ve got you covered with some of our favorite climate reads from 2020:

All We Can Save, ed. by Ayana Elizabeth Johnson and Katharine Wilkinson

The Fragile Earth: Writing from The New Yorker on Climate Change, ed. by David Remnick and Henry Finder

The Ministry for the Future, by Kim Stanley Robinson

Environmental Justice in a Moment of Danger, by Julie Sze

Climate Change from the Streets: How Conflict and Collaboration Strengthen the Environmental Justice Movement, by Michael Mendez

Our Only Home: A Climate Appeal to the World, by The Dalai Lama and Franz Alt