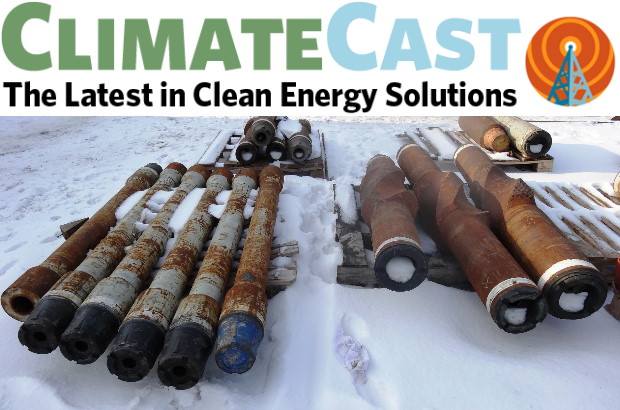 Sleuthing the truth about renewables and widespread winter power outages

In the wake of massive winter storms that blanketed much of the continental US in snow and ice, some clean energy skeptics were quick to seize upon the image of an ice-coated Texas wind turbine as supposed evidence that the rise of renewables were to blame for widespread power outages. However, statements from utilities and independent research have thoroughly refuted that assertion, instead pointing to a huge demand spike due to the low temperatures, overdependence on fossil gas for power generation, and insufficient winter weather planning by power companies and fossil gas utilities.

The Biden-Harris administration’s appointees for cabinet-level positions vital to addressing the climate crisis are on track to receive Senate confirmation. Former Michigan Governor Jennifer Granholm received Senate confirmation this week for her appointed role as Secretary of Energy. Meanwhile, US Representative Deb Haaland (NM) appears to be on-track for confirmation as the first-ever Native American Secretary of the Interior.

Deep decarbonization studies investigate the technical details of how states and other jurisdictions can achieve 100% clean and carbon-free status, a critical step toward addressing the climate crisis. A recently-released deep decarbonization report adds to this growing body of research, asserting that an electrical grid powered by 100% clean energy sources is the ‘linchpin’ for meeting our national climate goals.

That’s particularly good news for states and jurisdictions already committed to 100% clean energy. The state of Hawai’i recently announced that they’re actually ahead of schedule in its plan for achieving its 100% clean energy goals.

While the meteoric rise in renewable energy projects has been blunted by the economic impacts of the COVID-19 pandemic, market growth predictions in the clean energy sector remain solid. Across the US, the fossil fuel industry—particularly gas utilities—are going on the offensive, launching anti-climate front groups, lobbying state legislatures to pass laws blocking cities and local jurisdictions from enacting 100% clean energy policies, and even falsely asserting that “natural” gas has a role in addressing the climate crisis, in a last-ditch effort to salvage their fortunes and maintaining our dependence on their products.

Climate advocates from across the country are contending with the fossil fuel industry’s lobbying and PR blitz, including right here in the Northwest. The city council of Eugene, Oregon recently voted against renewing its contract with NW Natural, a move staunchly opposed by gas utility NW Natural and the “Partnership for Energy Progress,” an anti-climate front group funded by the fossil fuel industry.

As seen on TV: the future of cars is electric
Transition 2021 off to a good start
High hopes and great expectations: a political shift on climate
Here's your clean energy team for 2021