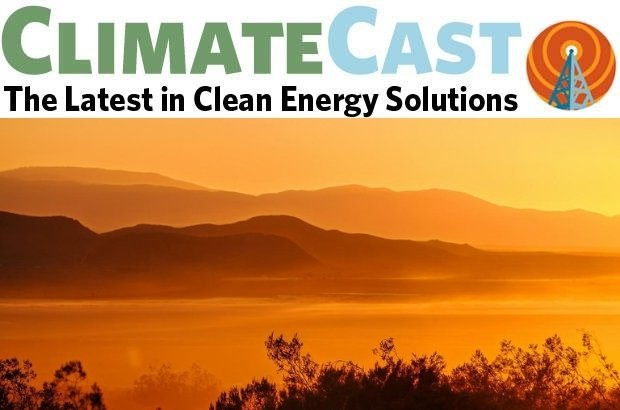 Earlier this year, reports surfaced the Biden administration was just shy of failing on its climate and environmental campaign promises. Yet in a climate disaster-laden summer, where heat waves, extreme flooding, and wildfires dominated media coverage, the White House continues its efforts to build momentum off the summer’s “game-changing” Inflation Reduction Act.

Already with the passage of the budget bill many companies have announced manufacturing expansion, including Toyota announcing a $2.5 billion further investment in battery electric and hybrid vehicles. These announcements arrive as big clean energy numbers are starting to surface. The IRA is expected to create 550,000 new jobs in industries producing renewable electricity, more than doubling the size of the cleantech sector. 550 megawatts of renewable generation capacity are expected to be built by 2030, and renewables’ share of U.S. electricity could pass that of once-dominant coal as soon as 2022.

Meanwhile, Democrats continue to push for deepening and strengthening environmental justice provisions in the IRA and many are tracking and engaged in the push by several senators to take on the complicated issue of siting reform coming out of the IRA passage.

With the achievement of congressional action on climate, the White House is changing its climate lineup to let current climate advisor Gina McCarthy finally step down (she had extended her stay to see through Congress acting on the IRA), with Ali Zaidi—long-time deputy climate advisor (and Climate Solutions event guest speaker)—succeeding her. John Podesta will soon be a senior adviser to the President for Clean Energy Innovation and Implementation, overseeing $370 billion in climate spending.

It was no surprise that energy production increased as the pandemic eased, but it was clean energy production that grew the most - at a blistering pace with a quarter of energy coming from renewables in the first half of 2022 for electricity generation.  New clean energy jobs also led employment growth in the global energy industry to above pre-pandemic levels.

Now, projections are that especially with the added injection of investments from the Inflation Reduction Act, renewable energy could “dominate” the U.S. energy market both in manufacturing and installation by the end of the decade making 100% renewable energy also seeming more within reach.

All roads from California are clean and electric

In the last edition of ClimateCast we reported on California’s big move to go all-electric: by model year 2035, all new passenger vehicle sales must be zero emissions and the cascade of other states to follow: nearly one-third of states are poised to adopt California’s new clean cars rule covering roughly 40% of total auto sales nationwide including Washington and Oregon. On the other end of the size spectrum, California just released its proposed Advanced Clean Fleets rule regulating medium- and heavy-duty vehicles, and markets are already responding: new research by ACT Research analysts showing the new truck standards will likely result in the largest truck pre-buy ever, beginning sometime in 2025 or 2026. Companies like Cummins are looking at electrification and other ways to decarbonize fleets in response to ACT. Volvo’s three year heavy-duty EV pilot completed this week, with findings to support a national battery electric freight truck rollout. Notably, all this action to clean up transportation is just part of the climate news out of California this month: legislators approved a record $54 billion in climate spending and passed sweeping new restrictions on oil and gas drilling.

It’s been a long, hot summer and most of the country and the world was still sweltering last week. In Southern China, an extreme 70 straight days of heat and drought, has set records in size and scope with little comparable to the intensity, duration, geographic extent and number of people affected. The heat is not only threatening the water supply, but the accompanying power crunch has rippled across Sichuan, a province home to 80 million people in southwestern China, with rolling blackouts and reducing critical air conditioning. Back in California, the state endured one of the worst heat waves in state history with the threat of a hurricane and the possibility of rolling blackouts to boot (though also while debunking claims that the calls to reduce electrical grid demand is due to electric vehicle charging). The combination of excessive heat and limited access to cooling is part of what makes heat waves among the deadliest disasters we face. New data shows just how more frequent heat waves could become and why we should both figure out more effective ways to convey the deadly threats and to reduce emissions and help communities build resilience and mitigate the health risks of climate impacts.

One Thing You Can Do:

Write a Letter to the Editor of your local newspaper!

There continues to be a lot of news on climate impacts as well as positive stories of solutions coming. The more people hear about and see climate solutions happening around them, the more confident they are in the transition away from fossil fuels and taking actions for change.

You can help by writing a letter to the editor! Point out our regional progress and solutions you see around you, and how with more people calling for bold, sustained action from our elected leaders at every level, we can still make a positive difference on the climate math. Plus, seeing people write in about this topic will demonstrate to news editors that their readers want more of this kind of coverage!

Check out our Letter to the Editor (LTE) tipsheet here: What is a letter to the editor or listener opinion? (climatesolutions.org) and let us know how it goes!

Prior to Climate Solutions, Stephanie worked for Cascadia Consulting Group, the City of Spokane, a national waste industry professional association, and a Boston-based waste technology startup. She has a degree in Sociology from Gonzaga University and spends her spare time reading, cooking, drinking coffee, spending time with the Byrd, and chasing park bunnies in Seattle.

How the West is One
A massively consequential week for climate action
Are we in a climate emergency? How is that not a dumb question?
Climate + cosmos = 💌